Fearing that the law creates an artificial competitive advantage for public hospitals like UCLA and USC, They vow to defeat it at the ballot box. 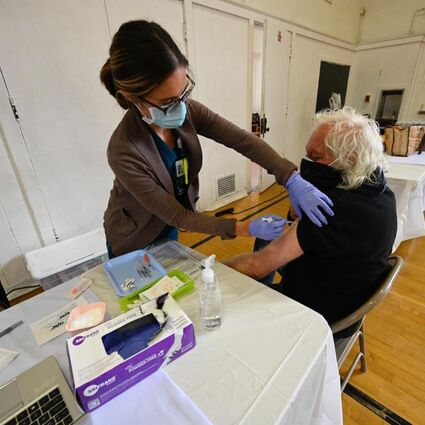 A nurse at the Venice Family Clinic injects a patient with the Covid vaccine.

The measure, which was sponsored by unions like SEIU-UHW, was signed into law by Mayor Garcetti on July 8th. It puts before the voters a ballot initiative to establish a $25/hr minimum wage for private sector healthcare workers who work in hospitals, integrated health systems, and dialysis clinics in the city of Los Angeles.

Fearing that the law creates an artificial competitive advantage for public hospitals like UCLA and USC, They vow to defeat it at the ballot box.

California hospitals are naturally furious with the measure. They have launched a campaign to roll back Los Angeles’ newly enacted $25 per hour minimum wage for many private sector healthcare workers, and to defeat the ballot initiative. 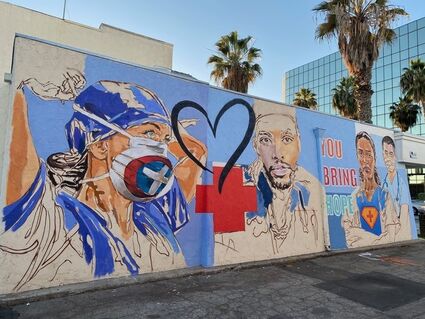 A mural in Santa Monica dedicated to healthcare workers

A hospital industry-backed campaign argues that a new pay hike's exclusion of public facilities and other provider organizations will lead to an exodus of workers. Proponents of the measure say it will rejuvenate a battered workforce and that the industry is simply looking to protect pandemic profits. (City of Los Angeles and Marqueece Harris-Dawson)

The pay bump is set to take effect 31 days after being published by the city clerk, will be adjusted annually for cost of living starting in 2024 and will raise wages for roughly 20,000 healthcare workers across the city, according to the mayor’s office. Those impacted include non-clinical staff, such as food service workers, groundskeepers and maintenance workers, according to the ordinance.