Chance the Rapper Burns, her Yorkie nearly died. His organs started to fail, and now he is blind 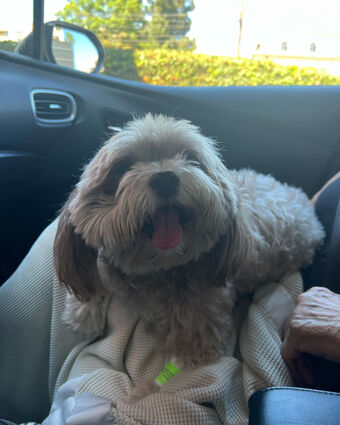 Chance the Rapper Burns, a Yorkie nearly died of oxycodone poisoning. His organs started to fail, and now he is blind

In a Facebook post, a visitor to Santa Monica claims that her dog was poisoned by eating oxycodone, while walking through Palisades Park. She claims that as a result of eating a stray pill Chance the Rapper Burns, her Yorkie nearly died. His organs started to fail, and now he is blind.

Oxycodone is a narcotic used to treat moderate to severe pain. The downside is a high risk for addiction and dependence. Can cause respiratory distress and death when taken in high doses or when combined with other substances, especially alcohol or other illicit drugs such as heroin or cocaine.

"I think it's important for us as a community and a city to know that sadly our streets and parks are not safe.

Yesterday I was walking my two dogs along Ocean Avenue in Santa Monica between 11:45AM and 12:45PM. It was about 78 degrees at the beach. Tons of people were out and about, people exercising (running, walking, doing yoga on the grass), families picnicking, kids playing, people walking their dogs and homeless people.

'Around 12:20PM my smaller of the two dogs (Chance The Rapper Burns - 15 pounds) started to breathe heavily and then he just collapsed. He couldn't stand, was panting, and staring up and not focusing. I picked him up and carried him to the car and drove immediately to the VCA Animal Hospital on Sepulveda and Wilshire where.

"Once admitted his temperature was 106 degrees - which is extremely dangerous to dogs as a normal dog temperature is between 101 and 102. They iced his body to try to reduce his temperature, gave him oxygen, started him on IV fluids and performed tests. The vet said they were not sure he was going to make it - the high fever could result in organ failure.

"They called me an hour later to tell me that they found OXYCODONE in his system. I couldn't believe what I was hearing. We had just gone out on a walk and an hour later my dog had ingested Oxycodone and was fighting for his life. I then had to call animal poison control and report the incident to them and they gave me a case number to give to the vet so they could start on a protocol. He spent the night at the emergency animal hospital and the oxy is out of his system and he is home resting.

Never would I ever imagine that I would see the diagnosis: SUSPECTED OXYCODONE OVERDOSE. As a result of the Oxy ingestion his organs started to fail and he is BLIND. It's upsetting and sad that we can't leave our homes without worrying about things like this. We need change."