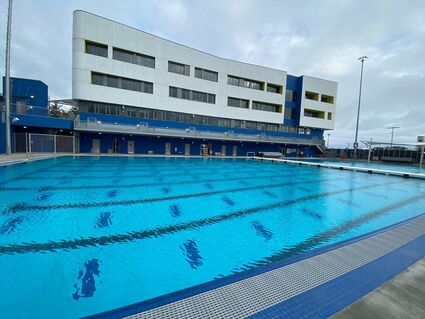 The Discovery building as seen from the adjoining swimming pool.

It appears that the power outages at santa monica high school, go beyond one building. This with September heat creating the highest temperatures of 2022, with temperatures in the high 80's and low 90's.

Yesterday, we reported that the $200 million Discovery Building completed last year had no air conditioning. One anonymous student replied to the story: "I'm a student in Samohi, I work as a TA for the I house building and I heard that AC isn't working in at least every other classroom in the whole building along with elevator issues. I heard this from staff members earlier this morning," he told us on Tuesday.

"The situation Wednesday is the same as Tuesday," he wrote. "I believe the rooms by the tennis rooms and the music room are the only rooms on campus with working AC, personally the tennis court classrooms have the best AC and are always cold. If the problem isn’t fixed tomorrow by 7pm, then we’re going to have a minimum day on Friday."

Later he wrote: "We’re hot in these classrooms, Dr. Shelton even walked into one of my classes and students asked him why we couldn’t have a minimum day and he said “You don’t need it.”

"So apparently we were suppose to have cool classrooms since it was suppose to be repaired according to a voicemail sent to parents from the school. There are no cool classrooms besides in the bungalows and the music room. As well as no minimum day, basically said they fixed it so they wouldn’t give us a minimum day. Also heard some teachers are going to the union since it’s not an ideal workspace for them I heard from one of my teachers."

Teacher Kevin McKeown (not to be confused with the former City Council Member) posted on Facebook that "I was happy to see many appreciative kids entering the band room today. I found out soon after that we were the only building on campus with working AC. I'm still taking the W (Win)" he posted. 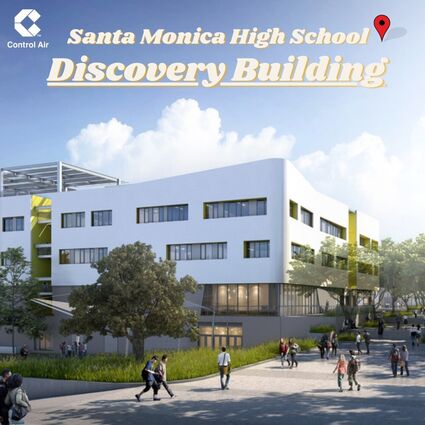 In a touch of irony, the company that did the HVAC for the Discovery Building bragged about it in an August 26th Facebook post. Control Air Enterprises LLC posted as follows: "CAE's Major Construction and HVAC teams are proud of their involvement with the santa monica high school Discovery Building project, which won the 2022 SoCal Best K-12 Education project award! Control Air was able to provide the HVAC for the 1,200-student facility that will support many modes of learning. Truly an honor to have been a part of this success! #ControlAirEnterprisesLLC #controlair #construction #majorconstruction #hvac #piping #duct #project #projects #manufacturing #team #teamwork #socal #santamonica #santamonicahighschool #samohi #discoverybuilding #award #success #learning #education #building #school"