Nymph with a brass bra and a bow and arrow, wins a lot of male attention. Which of course, was the whole point. 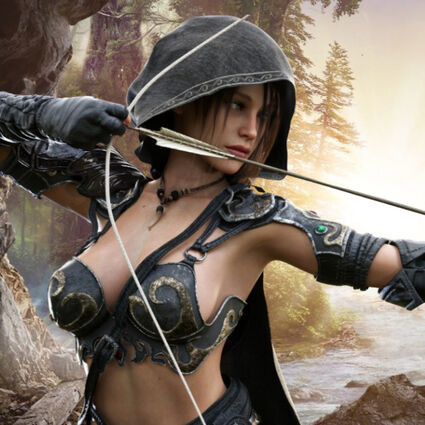 Nymph with a brass bra and a bow and arrow, wins a lot of male attention. Which of course, was the whole point.

Shadow legends is a game by Israeli game maker plarium.com. Recently, the game has been heavily advertised on Twitter, using a beautiful young model who according to gamers, does not even appear anywhere in the game. The comments on Twitter are hilarious.

"Boobs.... And a hood! Tweeted Lex Jurgen. "If this was Batgirl, she would not have been cancelled."

"This warrior takes time out to shave her underarms," tweeted Bob Berges. "If you don't have a life this game is for you."

"Why are her breasts so small?" tweeted Giant Fans Anonymous. "I'd buy this is they were a lot larger. lol

"Sexualized video games... because we haven't objectified affection enough!" Tweeted Mommy2018 (the great majority of commentators were men, of course).

"Not impressed," tweeted Robert the Bruce. "Bowstrings do not bow and boobs get slapped by bowstrings to the extent that the Amazonian women cut one off to prevent it. Verisimilitude, if you don't mind..."

"It's actually pretty difficult to do archery in an outfit like that," agreed Kristi4183

"The bowstring shouldn't be an arc," agreed Daniel Adamsapple. "It should be taught from the point of the drawback. Other than that, Party on Garth."

"That bowstring is hilarious.· Safety first young lady! Be mindful that physics applies in every single human endeavour," tweeted Limerickology

The ad campaign is proof that Nymphs with a brass bra and a bow and arrow, wins a lot of male attention. Which of course, we already kinda knew. 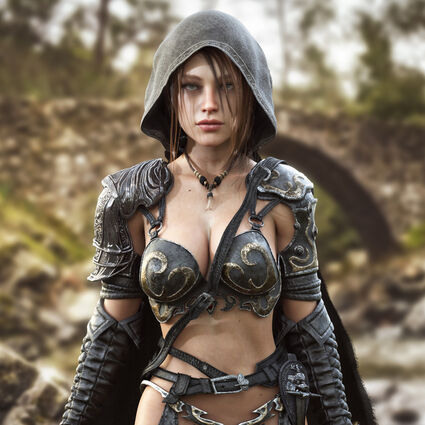 Ad for the game Shadow Legends by Plarium.com appear on Twitter.

The game's story takes place in the fictional realm of Teleria, which has been subjugated by the Dark Lord Siroth. Players take the role of an ancient Telerian warrior resurrected to defeat the Dark Lord and restore peace and harmony to the territory. Players must assemble an army for battles in settings such as castles, dungeons, deserts and temples defended by enemies and possible allies.

The game's narrative was written by Paul C. R. Monk, and the game adopts a Western art style, and settings inspired by dark fantasy. Raid: Shadow Legends has been praised for its graphics but criticized for its aggressive monetization in the form of microtransactions. https://en.wikipedia.org/wiki/Raid:_Shadow_Legends