Her family has been searching for her since she did not return home from work on Thursday, September 29 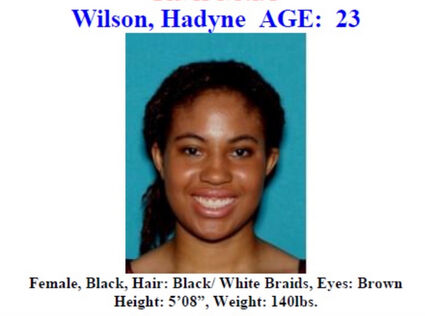 Hadyne Wilson has been missing since Thursday

UPDATE: October 12, 2022 - At 6:45 pm, a Facebook posting on The Lighthouse, a Place of Refuge, showed a video of a woman announcing that Haydne Wilson, a 23-year-old woman who has been missing since September 29, had been found. A Los Angeles Times article stated that Haydne suffered psychotic symptoms similar to schizophrenia due to a bout with long Covid and had previously experienced a memory blackout in January, when she had also gone missing, though that time only for a few hours. Today's video on Facebook states that Wilson is in the hospital and asks watchers to "continue to pray for her recovery."