By Association of Mature American Citizens

How to Protect Senior Voters From Fraudulent and Deceptive Voting Practices 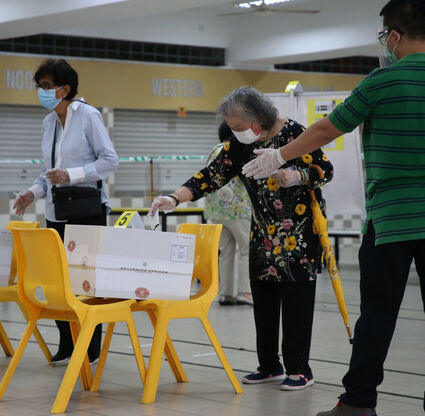 "If there was ever a senior-centric election cycle, it's this year's midterm elections; older Americans will win big or lose. It is critical that the fastest growing segment of the U.S. population, senior citizens, protect their rights, particularly their voting rights," says Rebecca Weber, CEO of the Association of Mature American Citizens (AMAC).

To this end, she announces that AMAC, its AMAC Action advocacy team, and the AMAC Foundation have joined forces with The American Constitutional Rights Union (ACRU) and ACRU Action to ensure that elderly voters are heard and protected. ACRU is the nation's leading advocate for protection of vulnerable voters.

The evidence of real and tangible fraud is growing according to ACRU Board Members, former Attorney General Edwin Meese III and former Ohio Secretary of State Ken Blackwell.

Their recent Townhall article indicates that the problem is widespread. "In Wisconsin, the state assembly appointed a special counsel to investigate vote fraud in nursing homes after an investigation by a county sheriff uncovered evidence indicating numerous cases of vote fraud in a nursing home. Special Counsel Michael Gableman, a former Wisconsin Supreme Court Justice, released a report this year indicating 'rampant fraud and abuse occurred statewide' at Wisconsin's nursing homes and other residential care facilities."

This mounting evidence led AMAC's Weber to take action by joining forces with ACRU and ACRU's team of experts, including Meese, Blackwell, LTC Allen West and ACRU President Lori Roman. "It is time to take measures to ensure not only the safety of seniors who reside in these facilities but to demand that their rights - including voting rights - are protected," stated Weber.

The AMAC chief notes that Dr. Alveda King, the niece of Dr. Martin Luther King Jr., has also joined with ACRU in its efforts to expose and put an end to elder voter fraud, particularly fraud found in nursing homes and other senior citizen facilities. According to Dr. King, her uncle "fought to ensure that every single American had the right to vote freely [but] many of those voters are nursing home residents who are often targeted by those who would steal or suppress their votes."

The American Constitutional Rights Union has been working to protect the votes of vulnerable voters since they launched their Protect Elderly Votes Project in 2020. The project has been expanded to protect other vulnerable voters. This week the organization launched the Center for Vulnerable Voters (www.centerforvulnerablevoters.org) which will be a valuable resource for AMAC members.

During the 2020 and 2022 election seasons, ACRU has worked across the nation to educate facility staff of their legal and moral obligations to residents, inform residents and their families of their rights and assist residents and family members in filing formal complaints.

ACRU's Senior Citizen Voter Bill of Rights has been used by many facilities across the country. And this year, ACRU's guide for citizens and family members who wish to protect the rights of vulnerable voters has been the cornerstone of the organization's nationwide training. Because AMAC is focused squarely on protecting the interests of America's seniors, these resources will now be in the hands of AMAC members.

In addition to these resources, ACRU's Vote Fraud Hotline is another important tool to help end this form of abuse. The hotline has brought in many actionable tips for handling by ACRU's legal team and staff. "With our joint operation with AMAC we are even closer to putting an end to this form of vote fraud," said Roman.

Roman notes, "We've received reports of cognitively impaired facility residents having their ballot choices made by staff, sometimes under coercion and often without their knowledge. Other complaints have uncovered activist groups across the country collecting ballots from residential facilities with the promise that the ballots would be delivered to election officials. The chain of custody and security of ballots should be a foremost concern."

"In 2020, a Texas social worker was indicted on 134 felony counts of vote fraud for registering mentally incapacitated citizens to vote without their consent. And this year, an employee at the Father Murray Nursing Center in Macomb County, Michigan, was sentenced to jail for forging signatures on absentee ballot applications. This abuse of vulnerable voters is not acceptable," said Roman. 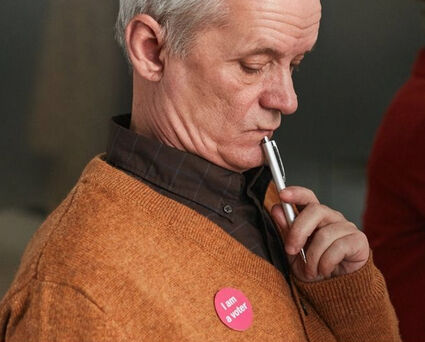 AMAC's Weber says that America's electoral process is "under siege" and that AMAC's joint venture with ACRU comes at a time when the fate of our nation "is in the balance."

AMAC Foundation Executive Director Joleen Teninty embraces the collaboration with the ACRU saying, "I look forward to the opportunity to expand and enhance the resources we provide. It will be a productive partnership to ensure America's senior and Veteran communities stay informed.