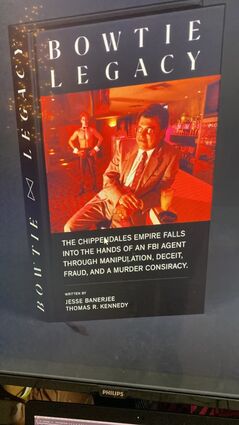 High flying melodramas are the types of events that really holds our attention. We soaked up the Versace series, then the Getty series, the House of Gucci movie, and recently fans have been absorbed in Curse of the Chippendales. All of these stories had phenonmenal rises to fame, to end so tragically.

The worse ending of all these types of tales has to be the Chippendales story. Steve Banerjee, an immigrant from Mumbai, arrived on the shores of California, to get slave wages for doing menial jobs, to whirlwind success. Without even knowing it, he helped women that were liberating themselves to feel more liberated as they were able to fondle G-stringed gentalia without any fear of persecution. Then this gentle soul was accused of murder, and found dead, hung in a prison cell. Was his death a suicide or murder?

As many question whether Jeffrey Epstein committed suicide or was he silenced for knowing about too many powerful men's secret affairs with under-aged girls. The same types of question are now arising in Banerjee's suicide. Did he have too much information on married men's fetishes with his male dancers?

Before Chippendales, men taking their clothes off for an unrestrained crowd of women wasn't popular, but after Steve introduced his choreographed male strippers, gyrating into the imagination of women, it became a household name. Women of the 80's, that were freeing their minds, bodies and souls from tryrannical husbands in a world that thought of them as second class citizens, Chippendales became a way for them to let their hair down, a Girl's Night Out!

Jesse, Steve's oldest son, was only a teenager during the height of this explosion. He watched his father build Chippendales, piece by piece of a man's clothing flying toward a desirous woman. The rise would be magnificent, the ride famous, but the fall very tragic. It was reported that Steve committed suicide to avoid a long prison sentence for the murder of his partner, Nick DeNoia. Jesse knows another story that the perpetrators never want to be told about how the Chippendales Empire just happen to fall into the hands of an FBI agent, and all the powerbrokers: lawyers, Casino owners, and the mob, that would gain control. 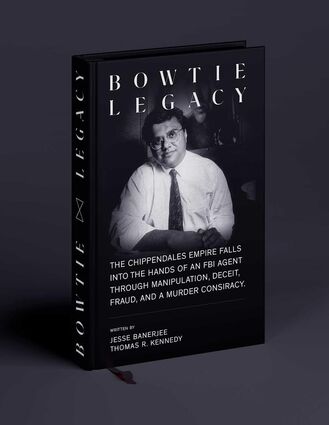 Jesse has watched other people, far too many years, profit from the idea his dad created. His stepmother, Irene, lied to him about the role he would play in the company after Steve's death. After this promise didn't come to fruition, Jesse began to ask questions about his father's fortune as was his right as an heir, and was threatened by Irene's brother-in-law, an FBI agent. Jesse was told in no uncertain terms that he wouldn't be receiving anything.

Many stories have been told about Chippendales, all of them are mostly the narratives of the perpetrators that stole the empire, and cleverly they have managed to make their story very believable and credible. Silenced by intimidation, threats, and a corrupt Justice system, not anymore. For the first time, Jesse is revealing the true story in his new book, Bowtie Legacy, on Amazon soon.