"When SMPD officers arrived on scene, the male shot 1-2 times in an unknown direction, then fled back into the unit" says the SMPD 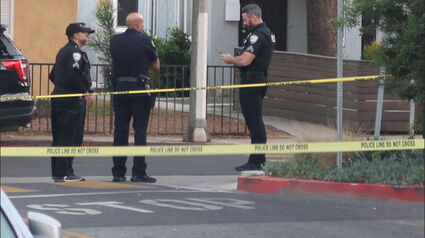 A shooting near Edison Elementary School caused authorities to lockdown the school for 2 hours Thursday afternoon. No one was injured and students were reunited with their parents.

Update: Due to this incident, SMMUSD's Edison Elementary School was locked down for two hours Tuesday afternoon. Students were being reunited with parents on Stewart Street and Kansas Avenue.

11.29.22: There has been an officer involved shooting near Virginia Park in Santa Monica. The incident occurred in the 2500 block of Kansas Avenue.

A police officer was fired at one or 2 times by a resident "who was having a mental crisis." 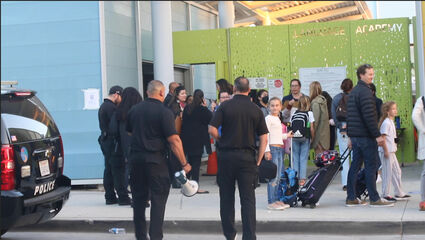 A shooting near Edison Elementary School caused authorities to lockdown the school for 2 hours Thursday afternoon. No one was injured and students were reunited with their parents.

From the public information officer, SMPD: "Earlier this afternoon, SMPD officers responded to a multifamily apartment building in the 2500 block of Kansas Avenue regarding a potentially suicidal subject. Officers were unable to locate the individual at that time."

"At approximately 2:37 PM, SMPD Officers were dispatched to the same location, this time with information that the subject was armed with a handgun. When officers arrived on scene, they located the subject and confirmed he was armed with the gun. Subsequently, an officer involved shooting occurred. "

"At approximately 3:15 PM, Crisis Negotiation Team (CNT) officers were able to convince the male to peacefully surrender without further incident. At some point during the incident, the subject sustained a non-life threatening injury to his face and was transported to a local hospital, before being booked.

This continues to be preliminary information. This investigation is ongoing."