From Counterfeit Items to Deadly Truck Drivers, What You Need to Know About Amazon Before You Shop

An astonishing 700,000 brand owners are fighting Amazon counterfeits on Amazon's Brand Registry program, and truckers moving Amazon goods around the country were more than twice as likely to receive unsafe driving scores compared with similar outfits 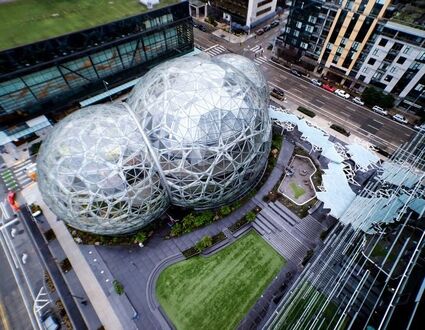 December 13, 2022, Los Angeles, CA - Consumers love a good deal, and Amazon is often the first stop for online shoppers. But, behind the scenes at the e-commerce juggernaut is a massive retail apocalypse; an unchecked monopoly and tsunami of destruction on Amazon third-party sellers, bullied retail partners, crushed manufacturers, and deceived consumers.

Amazon isn't just listing products on its website; it's on a quest to sell all things to all people through merchandise and pharmaceutical sales, personal data mining, entertainment, and company takeovers. The allegations against Amazon range from the individual (the mistreatment of workers and differential pricing to customers), the market (anti-competitive behavior including the suppression of competitor products), and social (tax avoidance) -- suggesting an organization that not only lacks a moral compass but could be well on its way to a state of 'profound immorality' says Professor Sarah Kaine. Sellers may have no other realistic alternatives to using its platform.

Amazon offers millions of brands on its website. But Amazon's commitment to removing counterfeits and its claim "we strictly prohibit the sale of counterfeit products" is patently false. An astonishing 700,000 brand owners are fighting Amazon counterfeits on Amazon's Brand Registry program. But it's little more than a system to make trademark owners data-entry clerks for Amazon's automated systems, requiring brand owners to register and submit individual complaints on each of Amazon's 23 worldwide websites -- an exhaustive and labor-intensive process. Trademark-owner complaints are often ignored, or sellers simply relist removed products.

Amazon is a direct retailer of counterfeit, fraudulent, and replica goods, e.g., "ships from and sold by Amazon.com" alongside its third-party sellers. Almost half of Amazon's top sellers are based in China (the source of 90% of the world's counterfeits). Amazon's unvetted listings may be endorsed with the "Prime," "Amazon's Choice," or "Fulfilled by Amazon" labels, misleading consumers into a misplaced belief of quality and authenticity. A U.S. Government Accountability Office ("GAO") undercover investigation (.PDF) of e-commerce counterfeit goods sales revealed that about 50% of the items it purchased from Amazon were counterfeit. Sellers are gaming Amazon's algorithms to get their goods listed as high in search results as possible and even bribing Amazon employees in China to help boost their items' rank (WSJ).

The "Amazon's Choice" Endorsement Is A Scam

Amazon seller evaluations (feedback) and product reviews are virtually worthless. Product reviews are no indication of authenticity or quality and may not even be related to the product shown. Amazon endorses third-party compensated reviews despite their claims to the contrary and commitments to clean up their notoriously corrupt product review systems. According to Amazon's website, Amazon's "Vine Voices" program gives selected reviewers the unique opportunity to order items free of charge and share their product experiences with Amazon customers to help them make "informed" buying decisions. A confusing array of online reports list Vine's cost from $100 to $2500 per unique listing (ASIN). Website Fakespot rates the reliability of product pages and reviews on Amazon, reporting that more than one-third of online reviews on Amazon are fake. Negative reviews left to warn consumers about fake items sold directly by Amazon were blocked or removed by Amazon.

Amazon is a direct retailer of counterfeit, fraudulent, and replica goods, e.g., "ships from and sold by Amazon.com," along with facilitating the sale of an enormous amount of products from third-party sellers. Amazon rarely notifies consumers they purchased a counterfeit, dangerous, or fraudulent product.

Most consumers would be shocked to learn that Amazon's touted (and expensive) $139 Amazon Prime program has no protection against counterfeit, fraudulent, and dangerous items being listed. Your Prime membership includes free two-day delivery on over 10 million items fulfilled by Amazon, but not from third-party shippers. If your order is over $25, you might even unlock free one-day or same-day shipping. Of course, Prime members report delayed deliveries while other non-Prime members are reporting 2-day deliveries from overstaffed and under utilized Amazon workers.

The Seller You Ordered From May Not Be The Product's Source

Customers may not receive products from the seller they order from, but commingled products from Amazon's closest fulfillment center. "Amazon virtually tracks different units that are identical, shipping the products closest to customers," states Amazon Consumer Trust VP Dharmesh Mehta*. Sellers send their counterfeit products to Amazon's fulfillment warehouse to lend credibility and an implied endorsement by Amazon while obscuring the actual source (often China). Counterfeit items may end up commingled with authentic items.

According to a Reuters Special Report, Amazon is running a systematic campaign of copying products and manipulating search results to boost its own product lines. Rigged search results and creating knockoff products under Amazon's own brand are highlighted from a trove of internal Amazon documents that provide a rare unvarnished look, in the company's own words, into business practices that Amazon has denied for years. Amazon is under investigation in the United States, Europe, and India for alleged anti-competitive practices that hurt other businesses,

Bad behavior without consequence is the new norm for U.S. e-commerce sites. It's no longer about doing what is right; it's about using your resources to crush your critics when the truth is exposed.

Tread lightly ye who choose to criticize. You will be up against a manipulative 800-pound gorilla with unlimited resources and no mechanism for review. Amazon's Senior General Counsel, Annasara Purcell, blocked email counterfeit complaint submissions from The Counterfeit Report claiming that the trademark-owner submissions with accompanying test purchase confirmations were "an unacceptable abuse of Amazon's infringement reporting system." Purcell directed the rejection of over 25,000 counterfeit complaints, allowing dangerous counterfeits to remain listed. Memorializing her actions, Purcell wrote, "Amazon will no longer accept any notices of infringement that you file. Any email that you send to any Amazon email address or submission channel will be automatically blocked by our systems. If you attempt to create or use alternative email addresses to attempt to circumvent this block, we will consider it an unauthorized usage of Amazon systems." Purcell continued, "We will send those brands on behalf of whom you file notices a one-time notification informing them that we will no longer accept notices filed by you or The Counterfeit Report."

The Counterfeit Report, along with 700,000 brand owners, continues to fight counterfeits on Amazon's websites and has removed listings for over 1.3 million counterfeit products despite Amazon's efforts to alienate its grateful clients and crush its commitment to protect consumers.

Is Amazon an Honest, Ethical Company?

Amazon's self-preferencing predatory pricing and exclusionary conduct exploit their power to become even more dominant and unaccountable to anyone but themselves, while ravaging dozens of businesses. Undeterred by pending legislation, executive orders, hundreds of lawsuits, and just plain common sense and ethics, the website grabs the retail dollars previously injected into local economies.

Amazon earned a place on the U.S. Trade Representative's "Notorious Market List" for two years. The list is reserved for the worst online markets and offenders that enable and facilitate the world's largest criminal enterprise; counterfeit product sales, copyright piracy, and trademark infringement. Amazon has the distinction of being the first and only U.S. company to be added to the list.

The Washington, D.C. Attorney General launched an antitrust lawsuit against Amazon to challenge the online retailer's agreements with wholesalers as well as third-party sellers.

Amazon is to pay $8.2 million to some of its contract delivery drivers in Washington state to settle a class-action wage-theft lawsuit.

According to the FTC, Amazon needs to pay back nearly $62 million in drivers' tips that it skimmed over the years.

The Wall Street Journal reports Amazon leveraged its size and power to strike dozens of deals to buy vendor's stock (warrants), first purchase rights, and board of director seats in exchange for its business.

Employees often speak of being treated no better than robots, uncompensated for overtime, and aren't allowed to have bathroom breaks. Some divisions have lost at least 35% of their staff in the past years. On top of that, Amazon has also pushed many of its third-party delivery drivers to the breaking point, as Business Insider previously reported.

An Indian retailer group called for a ban on Amazon in country after a Reuters report.

Amazon has no incentive to clean up its website -- they make too much money. Amazon paid no federal income tax on $11.2 billion in profit in 2018 and a 1.2% tax rate on a $13.3 billion profit in 2019. First-quarter 2021 net income hit a first-ever high of $8 billion. CNBC reported Amazon received a $129 million tax rebate from the federal government, mostly thanks to a tax overhaul in 2017.

Amazon is not a safe shopping choice for consumers. Even if consumers wisely avoid Amazon, consumers are still at risk of injury or death from other shoppers' counterfeit and fraudulent product purchases or gifts. Amazon may be just another massive corporate entity to feel a vague sense of guilt about giving your money to, but consumers have a choice.

Amazon's nefarious behavior has not escaped investors or consumers. Amazon has the distinction of being the world's first company to lose $1 Trillion in market value, its stock plunging 50% in the past year. 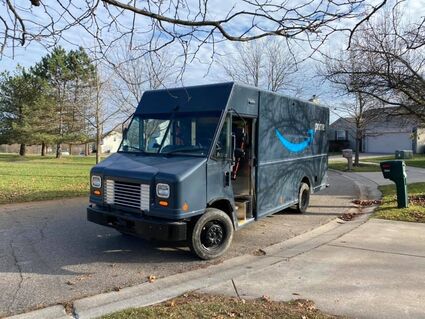 Why are Amazon truck drivers more than twice as likely to be involved in accidents?

*Editors note: Dharmesh M. Mehta, Vice President of Worldwide Customer Trust and Partner Support, represented Amazon before the United States House of Representatives Subcommittee on Consumer Protection and Commerce on March 4, 2020. Mehta is responsible for and leads the team dedicated to preventing fraud, counterfeits, fake reviews, and other forms of abuse from harming Amazon customers, brands, and selling partners. His testimony about Amazon's business practices and behavior is a shocking confirmation of Amazon's reprehensible and manipulative global system of counterfeits, fraud, deception, misrepresentation, and false advertising. The Subcommittee record includes: 1,287,997 documents and communications; testimony from 38 witnesses; a hearing record that spans more than 1,800 pages; 38 submissions from 60 antitrust experts from across the political spectrum; and interviews with more than 240 market participants, former employees of the investigated platforms, and other individuals, totaling thousands of hours.