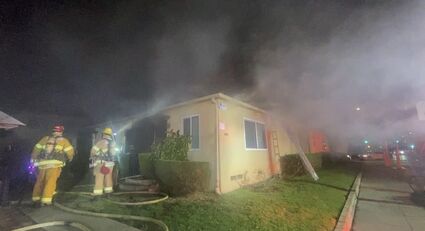 12.29.22: At about 5:20 PM Thursday evening, Santa Monica Fire Department received a report of a structure fire located on the 1800 block of ocean park boulevard near 20th street.

Upon the first arriving Engine, they located smoke coming from the roof of a 1-story apartment building. They began evacuating residents who may still be inside as well as searching to see where exactly the fire was coming from. 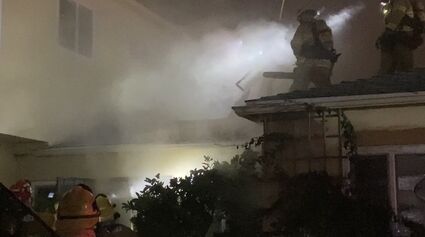 Firefighters were able to put out the fire without incident and began to ventilate the 2 units to clear the smoke. There were no injuries reported to firefighters or civilians.

The cause of the fire is still under investigation but 2 residents who were talking to each other did state that an electrician was doing work on one of the units and that the landlord does not get certified workers to conduct work on their property and the location of the fire supports the statement that they made.