The DailyWire Website Apparently Taken Down by a DDOS Attack 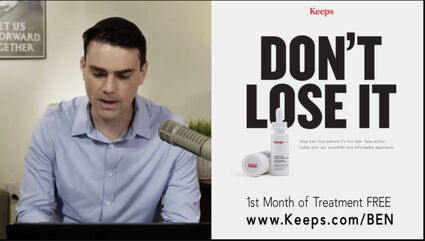 Ben Shapiro reading a hair growth ad. The DailyWire Website was apparently taken down Thursday by a DDOS Attack. Ben Shapiro in a file photo.

1.19.23: The Daily Wire website was down due to a denial of service attack, as of Thursday at 5:52 pm PST. The apparent problem was described as a "Cloudfront" error. It is unclear who was attacking the conservative website, or why.

The outage did not affect the company's Youtube or Apple TV products. It seems to have affected the laptop/desktop version of the website, but not the mobile version of DailyWire.com.

The error reads as follows: "494 ERROR The request could not be satisfied. Bad request. We can't connect to the server for this app or website at this time. There might be too much traffic or a configuration error. Try again later, or contact the app or website owner."

If you provide content to customers through CloudFront, you can find steps to troubleshoot and help prevent this error by reviewing the CloudFront documentation.

The company is a major publisher on Facebook, and produces podcasts such as The Ben Shapiro Show. In June 2022, The Daily Wire launched DailyWire+, a video on demand platform featuring various Daily Wire content, including podcasts and video productions. The company has released multiple exclusive feature-length films and television series. The Daily Wire is based in Nashville, Tennessee.

In a distributed denial-of-service attack (DDoS attack), the incoming traffic flooding the victim originates from many different sources. More sophisticated strategies are required to mitigate this type of attack, as simply attempting to block a single source is insufficient because there are multiple sources, says Wikipedia.

A DoS or DDoS attack is analogous to a group of people crowding the entry door of a shop, making it hard for legitimate customers to enter, thus disrupting trade.