Company claims the impact was "spread too thin" 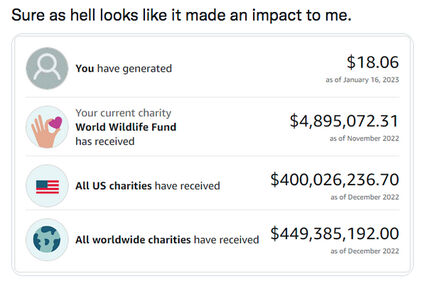 January 19, 2023 - Amazon announced in an email yesterday that they are ceasing the Amazon Smile program that donates 0.5% of the purchase price of qualifying products to a charity of the consumer's choice. The program required customers to choose a qualifying charity and then sign in with their regular Amazon password on the Smile.Amazon.com site. The shopping experience was identical to Amazon.com.

Amazon will officially end the program on February 20, 2023.

Over a million 501(c) organizations signed up as qualifying charities and, since the program was launched in 2023, a reported $400,026,236 was generated and delivered to these nonprofits.

Yesterday, Amazon claimed that "the program has not grown to create the impact that we had originally hoped." The company felt that "our ability to have an impact was often spread too thin."

The size of impact to qualifying charities was disputed on Twitter. "I know many local organizations that saw and felt those benefits," wrote @christinepeirce. Another user wrote that the program had "a measurable impact on my organization over the last 7 years." @jmpopa wrote he was terminating his Amazon Prime membership over the Smile termination. 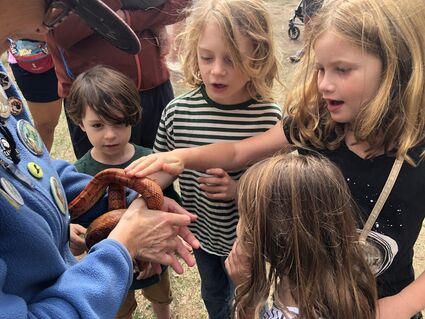 The Southwestern Herpetologists Society educating the public about the important role played by snakes and other reptiles, obtained a significant portion of their small operating budge from AmazonSmile. But small organizations don't make the kind of splash that building affordable housing does.

While the move could seem like another cost-cutting measure by the website giant, The Motley Fool pointed out that the $40 million a year in AmazonSmile donations is "just a rounding error" of Amazon's revenue of some $470 billion per year.

To help charities who may have been benefiting from the program, Amazon pledged to provide them with a one-time donation equivalent to three months of what they had earned in 2022. Charities may also continue to accrue donations until February 20.

Amazon made clear that "we will continue supporting a wide range of other programs" that include affordable housing, computer science curriculums for underserved communities, food banks, disaster relief, and others.