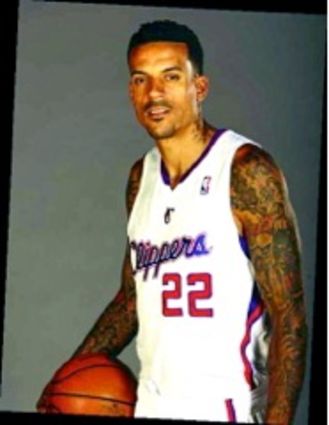 Matt Barnes is one of the strongest defensive players in the NBA, excelling through his entire career with his determination, efficiency, his blocking abilities, mental resilience and mostly by how much he cares about his friends.

With his strong will, he is there for them at any cost.

The Clippers' forward from UCLA will be there for his team members even when he has to sacrifice himself, his money and his time in the game. He's truly extraordinary.

Unfortunately, all these important qualities that he represents as a human being and especially as a player, are not only underrepresented in the media, but are condemned and interpreted as brutality.

Before the media tips the balance and attaches a 'bully' label for Matt, it would be fair to examine the question: what is the thin line between a superb defensive player and a 'bully'..

To remind you, the role of a defensive player requires significant feistiness. The player has to be a fierce fighter that is expected to act rough when needed. Here Matt's totality, and personality of sacrificing for others could be reflected better in the media.

The Clippers are a strong and tight team, with outstanding dynamics among the players. In the last season it was wonderful to watch the flow between the players and their team bonding that created a family-like atmosphere.

I see Matt as one of the 'sons' who confer an ultimate sense of safety to the other players on his team. Each one of us would want a friend like that, who would not think twice before protecting us from potentially hurtful attacks. In the recent game against Oklahoma City we saw his loyalty when he rushed to protect Griffin and as a result was suspended from the game.

His ability to sacrifice is immense, and so are the loyalty and sense of protectedness that he offers to his friends, all of these make him an excellent role model for a defensive player who strengthens the team spirit.

A 'bully', on the other hand, is a player who gets on the court to bomb the heck out of the rival team – one that doesn't need a reason to hit someone. A bully does not see the biggest picture or acts for the greater good, and driven by childish and selfish motives he acts violently to protect himself.

I do not support violence on the basketball court, and of course there's room for improvement in Barnes' sportsmanship, and learning to keep a cleaner dynamics without crossing red lines in actions or speech.

However, it is one thing to encourage him to improve his level of restraints and self-control, and a whole other thing to call him a 'bully'.

There's no doubt the responsibility of the NBA is to show high standards and provide a positive example to millions of followers around the world, and therefore Matt had to suffer consequences and will have to show more self control.

Considering the history of this bonded team, however, wouldn't it be nice if the Clippers 'family' will split the fine among everybody, like a healthy loving family where covering up for each other is part of the game.