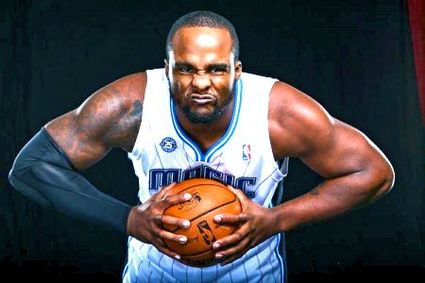 It happens every year late in the National Basketball Association season. Teams believing they have a chance to win the championship add potentially important players. Teams out of contention release players to lighten their payroll.

What's different here is the reversal of roles by the Lakers and Clippers.

Hopelessly out of contention, the Lakers have traded away Steve Blake. Usually they're adding a key part.

With a championship on their mind, the Clippers have signed forward Glen (Big Baby) Davis.

The Clippers have been near the top of the Western Conference standings most of the season. But when J.J. Redick was recently injured and Jared Dudley went into a slump Coach Doc Rivers moved Jamal Crawford and Matt Barnes from the second unit to the starting five.

Since then the Clippers have won several games but their reserves have been outscored by a wide margin. So Rivers has made roster adjustments.

Antwan Jamison and Byron Mullins have been sent away. And Big Baby has been added.

Davis, a 6-foot-9, 290 pound power forward, is an NBA veteran who has played in 69 playoff games. This season he started 43 games for Orlando and averaged 12 points and 6.3 rebounds.

He was a member of Boston's 2008 NBA championship team coached by Rivers.

Davis' contract was bought out by Orlando and he could have joined another team last week but chose the Clippers.

"I'm impressed by what they're trying to do here," he said "I've played for Doc before and I know what he expects."

'When I played for New Orleans and he was at LSU we got to know each other," said the Clippers' star point guard. "I believe he can help us."

At LSU, Davis compiled statistics second to only Shaquille O'Neal in several categories.

The Clippers explored the possibility of bringing back Lamar Odom but that didn't happen. Odom has signed with a team in Spain.