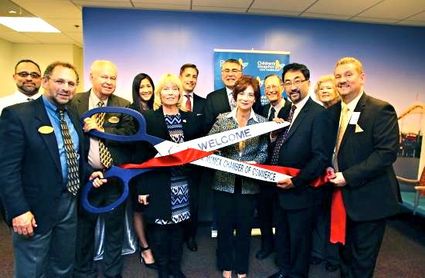 "We take care of the sickest children in the entire region," says Richard D. Cordova, FACHE, president and CEO of Children's Hospital Los Angeles. "We want to share our level of care with all the families of Los Angeles. By opening a facility on the Westside, we have brought our best doctors and nationally-ranked pediatric medical services closer to your homes."

Cordova likened the opening to a long journey still in progress, noting that in addition to outpatient facilities in Arcadia, Valencia and Torrance, the hospital is still in the process of establishing more pediatric ambulatory care centers throughout Greater Los Angeles.

"When parents tell me they'll go any distance to get the best care for their kids, I can tell them that they don't have to go very far to get care from CHLA. We have outpatient care centers throughout Greater Los Angeles, and now on the Westside," says Robert Adler, MD, senior vice chair, Department of Pediatrics at CHLA and chief medical officer of the CHLA Pediatric Health Network. "After speaking to the pediatric community in Santa Monica, we learned the kids need CHLA here; they need access to the leading-edge and innovative care that our physicians deliver."

The hospital's reputation is renowned. For two years, it has been ranked among the top five children's hospitals in the nation , and the best in California, on the U.S. News & World Report Honor Roll. It is one of the country's top teaching hospitals through its affiliation with the Keck School of Medicine of the University of Southern California, where all CHLA full-time physicians hold faculty appointments.

"By opening this outpatient facility in Santa Monica, it shows our commitment to bring our world-class care to the families in this community," says Mark Urata, MD, DDS, FACS, FAAP, head of the Division of Plastic and Maxillofacial Surgery at CHLA and one of the staff physicians at the hospital's Santa Monica outpatient care center. "It has been amazing to see how many patients have been coming here for medical care."

The 3,000-square-foot Santa Monica facility houses seven exam rooms and offers consults and evaluations. In addition, children requiring medical procedures at the CHLA campus in Hollywood can have all their pre-operation and post-operation follow-up visits at the Santa Monica facility, reducing the need to drive across town.

Officials from the Santa Monica Chamber of Commerce were on hand to lend their support to the new medical facility while Assemblymember Richard Bloom's office presented Cordova a certificate of recognition in honor of the grand opening and for bringing its top-flight pediatric specialty care to the Westside.

"Children's Hospital Los Angeles is a crown jewel for the city of Los Angeles, and the hospital's Santa Monica outpatient care center is certainly one of CHLA's crown jewels," says Cathy Siegel Weiss, CHLA Board of Trustee co-chair. "We want to thank all the families for welcoming us here."

Children's Hospital Los Angeles has been named the best children's hospital on the West Coast and among the top five in the nation for clinical excellence with its selection to the prestigious U.S. News & World Report Honor Roll. Children's Hospital is home to The Saban Research Institute, one of the largest and most productive pediatric research facilities in the United States. Children's Hospital is also one of America's premier teaching hospitals through its affiliation since 1932 with the Keck School of Medicine of the University of Southern California.