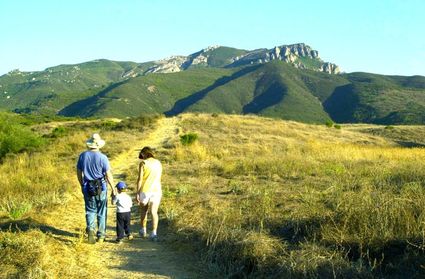 Within months, Los Angeles County will have the power - for the first time - to enforce tougher restrictions on development in its scenic Santa Monica Mountains, including banning the building of mansions on ridgelines and vineyards on hillsides.

Under a land-use plan debated for decades but now approaching final approval, the county would become the primary guardian of an 80-square-mile area with gorgeous landscapes and fragile ecosystems that impacted by multimillion-dollar construction projects.

Previously, such development had to go through both the county and California Coastal Commission. The latter, however, is expected to hand over its responsibility to the county sometime near the end of summer, once a land-use plan is in place that meets state guidelines.

Testifying before the commission earlier this month, Supervisor Zev Yaroslavsky said the county has written a "blueprint for environmental stewardship" of the Santa Monica Mountains that has wide support from both local residents and environmental groups.

"We want to preserve and protect this area for future generations," the outgoing supervisor told the commission. "We shouldn't be the last generation to have the opportunity to experience what the Santa Monica Mountains represents."

The proposed land-use plan - a component of what is formally called a Local Coastal Program - won approval from the board on February 18 and the commission on April 10. It still requires further review, but final approval is expected within months.

The plan would cover the unincorporated portion of the Santa Monica Mountains west of the city of Los Angeles and east of Ventura County but excluding the city of Malibu.

Yaroslavsky, who terms out in December, said the idea is to spare ridgelines from "the scars of unrestrained development," protect ancient groves of native oaks from the ax, ban certain pesticides and other poisons that harm the local wildlife, protect streams and other water sources from pollution and prohibit the building of new vineyards, which opponents say consume vast quantities of water and contribute to erosion.

The plan also restricts outdoor lighting so the stars in the night sky can remain easily visible.

Don Schmitz, spokesman for the Coastal Coalition of Family Farmers, opposed the plan's ban on new vineyards in particular.

"Our coalition provided expert testimony and written evidence that, in fact, vineyards use less water and hold the hillsides better than other forms of agriculture and ornamental landscaping," said Schmitz, who owns the boutique vineyard Malibu Solstice.

He also disputed claims that vineyards mar the landscape. "Many thousands of people visit the mountain to take wine tours, viewing the vineyards and visiting the wine-tasting rooms," Schmitz said. "Clearly, many people believe that the vineyards are beautiful."

Yaroslavsky, however, disagreed, saying, "Vineyards are beautiful on the right location, but here there they create a moonscape, erosion and loss of habitat."

The county, he said, is determined to protect vulnerable areas even if that means purchasing them and converting them for public use. He wants the preservation of the Santa Monica Mountains among his legacies after 20 years in office,

The Sierra Club, Heal the Bay, the Santa Monica Mountains Conservancy, the Las Virgenes Homeowners Federation and the California Coastal Protection Network are among the groups that have expressed support for the plan.