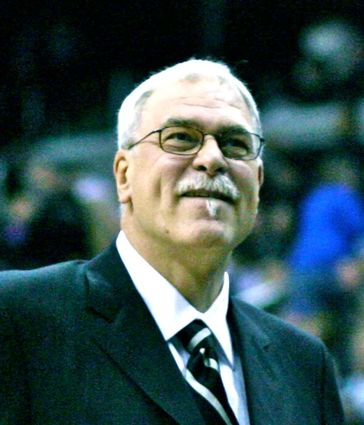 The Lakers said they had no position for Phil Jackson, so he joined the New York Knicks and made his first move this week, firing Coach Mike Woodson.

The Knicks didn't make the playoffs and needed a change in direction. As the new man in charge Jackson acted quickly.

Had he been given the same position with the Lakers Mike D'Antoni would most likely have been fired by now.

Instead, the Knicks are moving toward hiring someone with a background in the Triangle Offense, which brought championships during Jackson's coaching career.

The most likely candidate is Steve Kerr, who played on three of Jackson's teams with the Chicago Bulls. Kerr has worked in the front office but appears to returning to the basketball court.

Meanwhile, the Lakers are bumbling along with Jim Buss in charge and D'Antoni waiting to see if he's be fired, in which he'll be paid $4 million, or brought back.