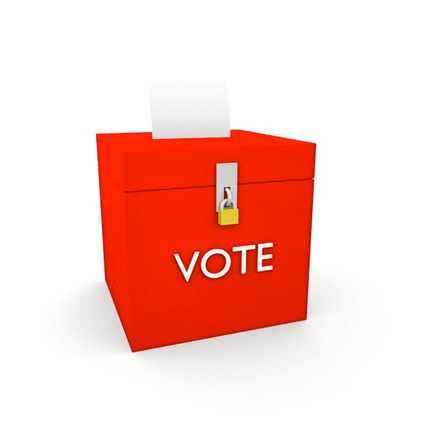 Another year, another election. But this likely low-turnout election has a ton of interesting races that will help to shape the future of our region for a long time.

We will replace Henry Waxman in Congress, who has been there for forty years. We'll also pick the successor to Zev Yaroslavsky, who has served ably as County Supervisor for twenty years, as well as the folks who will replace scandal-ridden Sherriff Lee Baca and even-more-scandal-ridden Assessor John Noguez.

Remember, the lower the turnout, the more your individual vote counts!

Here are our picks for the June 3rd election:

Love him or hate him, Governor Moonbeam has been a good fiscal steward, keeping both Democrats and Republicans in line, helping to bring the state out of fiscal calamity. He deserves another four years.

Bright, young, and green, Gavin is a bit of a bad boy, but has performed ably as Lieutenant Governor. He deserves to be reelected.

Pete is a local guy, based at Pepperdine University, who has spent his career trying to come up with bipartisan solutions to increasing citizen participation in government. He deserves a shot to take his life passion to a higher level.

This is a strong field, but we tip to Swearengin, who has strong local government experience and who will help to bring some fiscal sanity back to broken Sacramento.

Smart and personable, John Chiang has the know-how, experience, and brains to do this job well.

Kamala Harris is the strongest candidate here, but she does appear to be too beholden to certain Sacramento special interests.

Jones is bright, principled, and a fighter for consumers. He has earned your vote perhaps more than any other statewide elected official.

Board of Equalization: No Vote

Jerome Horton, the uncontested incumbent, is one of the least impressive elected officials around. Don't waste your time by voting for him.

Miller is smart, independent, and full of good ideas. Ted Lieu is an experienced legislator. Either would be good members of Congress.

Ben is a talented local school board member and Santa Monica native. He's been an excellent leader for our community, and he's ready to take his leadership to the next level. We enthusiastically endorse Ben for the State Senate.

Richard had a mixed record as Mayor here in Santa Monica, but he has been an able legislator. His opponent Bradly Torgan is smart and a nice guy, but Republicans have become totally irrelevant in the legislature. We endorse Richard Bloom.

Judges... We've spoken with respected members of the bench and attorneys, and checked the Bar Association's ratings. Here are our recommendations:

48. Hold your nose and vote for Charles Calderon because the alternative is even worse

Tuck has the intelligence, integrity, and spirit to make a difference in this relatively lame position. Tom Torlakson is lackluster and not what our schools need right now given the enormity of the issues at play. We endorse Tuck.

We need someone with smarts and independence to fix up this broken office. John Morris will provide the right balance of skills and independence. He also is the furthest of the primary candidates from the corrupt former incumbent Mr. Noguez.

McDonnell gets high marks for his leadership at the Long Beach Police Department. Please don't vote for any of the insiders who got us into this mess in the first place.

All three have their strengths and weaknesses. All are smart. All have been able elected officials. Sheila has more relevant experience. Bobby has energy, passion, and local commitment, though he can be erratic at times. Duran is the dark horse, just having picked up Eric Garcetti's endorsement. He deserves a look too.

Help for veterans' housing-get more vets off of our Santa Monica streets and into supportive housing.

Take a closer look at this proposition. It looks like a good idea, but it's actually a money grab by Sacramento that will hurt local governments significantly.