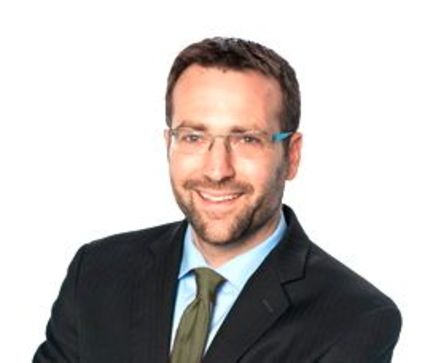 Many voters may question a candidate's actual ability to address critical state issues and truly advocate for his or her constituents. That is because political candidates often seem to spend their time addressing pet issues of powerful special interest groups that are of little concern to the general public and largely give lip service on the important issues. Ben Allen, who is running for the California State Senate to represent the 26th District (which encompasses parts of the South Bay, West LA, and Central LA), is different. He has passionately devoted himself to addressing issues such as public education funding, job creation, and environmental protection. He has focused in on the issue of higher education in particular. At a time when California is slowly recovering from a devastating fiscal crisis, the state is in desperate need of Ben's leadership and expertise. Ben Allen is the perfect candidate for the State Senate.

As a former student of Santa Monica Community College and now a student at the University of California at Berkeley, I have traveled up the public education ladder to find myself baffled by the adverse effects of state-wide budget cuts on education; cuts that have made it that much harder to attend the University of California system. I have often questioned why our leaders would cut funding from one of California's greatest assets. While a necessary amount of cuts were made to stabilize the state's budget at a time of a fiscal crisis, the cuts were disproportionately directed to the state's public education system. Education cuts resulted in significantly fewer course offerings, increased enrollment fees, decreased financial aid, and greatly reduced essential campus services. These cuts have harmed California's system of higher education, the quality of life and economic well being of its students and faculty, and California's long-term economic potential.

While many elected officials and candidates for office have ignored this situation, Ben Allen has committed himself to increasing funding for state schools and strengthening the effort to repair and preserve California's system of higher public education. Ben is a member of the Santa Monica-Malibu Board of Education and was elected by his colleagues to serve as the Board's President. As a school board member, Ben has been a leader on issues of financial accountability and community engagement. He has also been an environmental steward and proponent of environmental best practices even in a time of cutbacks. While President of the Board, Ben helped shepherd through a successful $385 million bond measure that, among other things, upgraded all District facilities to cutting-edge environmental best practices. This not only made the school district more environmentally sensitive but it helped create new local jobs and saved the district significant money over the long-term in energy and water costs. These savings allowed the school district preserve critical academic programs. The bond measure also stabilized the long-term finances of local Santa Monica and Malibu schools, making their budgets less vulnerable to the cycles of economic boom and bust.

Ben has served his community to the fullest and plans to replicate his successful local community efforts on the broader scale in Sacramento. He has helped local Santa Monica and Malibu schools make significant progress in his last few years and he now strives to achieve even greater success for California's system of public education. With his accomplishments as a local school board member, his emphasis on preserving and improving California's system of higher education, and his vision for California's higher education system, Ben Allen has earned my vote.