By Stephen Hadland
Special to the Observer

Sony Thanks Partners Who Displayed The Film 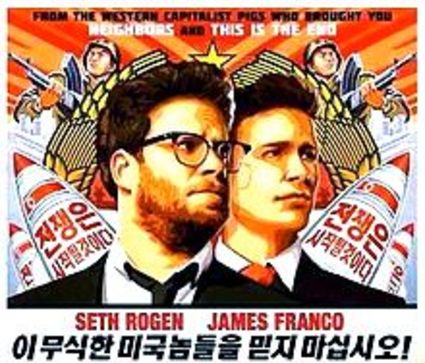 Wisdom has never been a part of North Korean Dictator Kim Jong-un's education or he would have known that Bad publicity is better than no publicity at all.

This proved true for the movie "The Interview" which broke new ground earning over $15 million with online purchases and rentals through Saturday.

Shunned by traditional theaters after threats from hackers, the comedy earned nearly $3 million in theaters and was rented or downloaded over two million times since hitting the Web on Tuesday according to Sony.

The comedy about a bumbling TV host hired to assassinate Kim Jong-un was originally intended to appear on 3,000 screens on Christmas day.

Based in Culver City, Sony has tightened security on the studio lot been cancelling the popular tours.

After the cyber attack from North Korea that brought Sony to its knees and hackers evoked 9/11 and threatened violence at theaters that planned to show the film , the rollout was briefly cancelled before Sony lined up 331 independent theaters willing to show the film.

North Korea has denied any role in the cyber attack but the FBI has pinpointed the origin of the attack squarely in North Korean shoulders.

With only four days in release , "The Interview" ranks as Sony Pictures' highest grossing online release of all time.

The film is available to rent in HD on Google Play, YouTube Movies, Microsoft's Xbox Video and the dedicated website http://www.seetheinterview.com at a price of $5.99. The film can also be purchased in HD for $14.99.

"It has always been Sony's intention to have a national platform on which to release this film," said Michael Lynton, Chairman and CEO of Sony Entertainment.

"With that in mind we reached out to Google, Microsoft and other partners last Wednesday, December 17th, when it became clear our initial release plans were not possible. We are pleased we can now join with our partners to offer the film nation-wide today.

"We never stopped pursuing as wide a release as possible for The Interview. It was essential for our studio to release this movie, especially given the assault upon our business and our employees by those who wanted to stop free speech. We chose the path of digital distribution first so as to reach as many people as possible on opening day, and we continue to seek other partners and platforms to further expand the release.

"I want to thank Google and Microsoft for helping make this a reality. This release represents our commitment to our filmmakers and free speech. While we couldn't have predicted the road this movie traveled to get to this moment, I'm proud our fight was not for nothing and that cyber criminals were not able to silence us.

"No doubt the issues we have confronted these last few weeks will not end with this release, but we are gratified to have stood together and confident in our future. I want to thank everyone at Sony Pictures for their dedication and perseverance through what has been an extraordinary and difficult time."

Fans can watch The Interview on several platforms including:

-- Google Play: the movie is available to buy or rent at play.google.com, and can be watched in the Play Movies & TV app on Android and iOS phones or tablets, or streamed in the living room via Chromecast, Roku or the Nexus Player.

-- YouTube: the movie is available at youtube.com/movies and can be watched 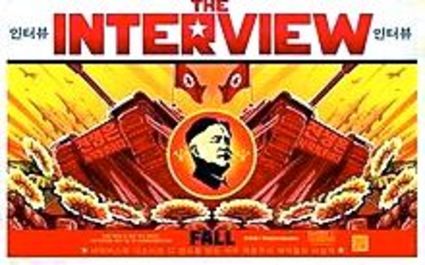 -- Microsoft's Xbox Video: the movie is available to buy or rent on the

-- SeetheInterview.com: In addition, The Interview is available at the

Pictures and powered by Kernel and with payments through Stripe, a

In addition to Google Play, YouTube, Microsoft and http://www.seetheinterview.com, The Interview was released in more than 300 United States theaters on December 25th.