SPECIAL EVENT ON JANUARY 17: A UNIQUE THEATRICAL DOUBLE FEATURE: "DUTCHMAN" AND "TRAIN TO ZAKOPANE" AT EDGEMAR CENTER FOR THE ARTS

To benefit The Museum Of Tolerance 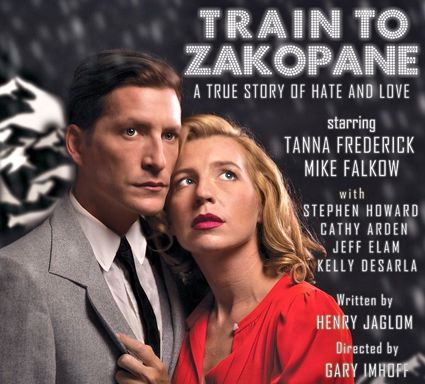 The Edgemar Center for the Arts in excited to present a unique and special evening consisting of a critically acclaimed play and a staged reading exploring the bigotry of racism and anti-Semitism, the features will be presented in a unique one-night event scheduled fittingly on Saturday, January 17, during the week of Dr. Martin Luther King, Jr.'s birthday.

First up at 6:00 p.m.is a staged reading of "Dutchman," the one-act by Amiri Baraka in which a Black man on a subway train does not fare well in an encounter with a lone white woman. It is directed by Levy Lee Simon, whose own play "The Magnificent Hotel Dunbar" received critical and popular acclaim in its recent production downtown. "Dutchman" stars Tanna Frederick and Siaka Massaquoi and is presented by The Rainbow Theater Company in association with Kilpatrick/Cambridge Theatre Arts and Jazzlion Productions.

Then, at 7:30 pm., there is a performance of the long-running and critically acclaimed play by famed writer and filmmaker Henry Jaglom,"Train to Zakopané."

In 1928, a young Jewish businessman concealing his ethnicity is traveling in Europe by train. Along the way, he and a beautiful Polish nurse meet and fall in love.

But the nurse is an avowed and unashamed anti-Semite, who harbors a secret of her own. The play, based on true events in the life of playwright Jaglom's late father, is directed by Gary Imhoff with a superb cast top lined by Tanna Frederick and Mike Falkow and featuring Stephen Howard, Cathy Arden, Jeff Elam and Kelly DeSarla. Presented by The Rainbow Theatre Company in association with Edgemar Center for the Arts, it will continue it's regular run the next day at the 5pm Sunday matinee and in the weeks and possibly months that follow Saturday's unique double bill.

Both plays star Tanna Frederick as the female lead. Having completed a year-long run in "The Rainmaker" at The Edgemar, which was designated a

"Critic's Choice" by the Los Angeles Times (while lavishly praising her performance), she has continued to win plaudits for her astonishing body of work, both on stage and on screen, most recently in Mr. Jaglom's critically acclaimed film, "The M Word."

Saturday evening's double bill will conclude with a wine and cheese reception. 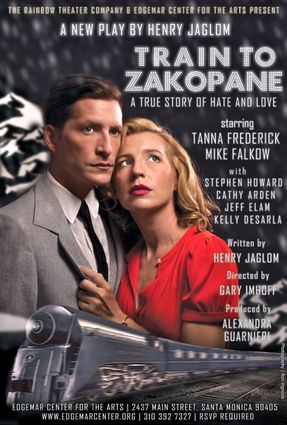 All proceeds from the Saturday, January 17 event will benefit The Museum Of Tolerance.

Parking is available in an adjacent lot (fee charged).