How Important Is It? We'll soon find out 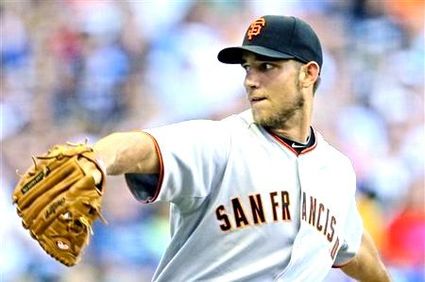 How important are the results in spring training?

The popular belief is the results aren't very important since minor leaguers often replace major leaguers in the latter innings of most spring training games.

But there's an important test case coming up. You see, the World Series champion San Francisco Giants have been awful this spring in Arizona.

They've lost constantly and their championship roster has changed a lot, first with the departure of third baseman Pablo Sandoval through free agency to the Boston Red Sox, then with the continuing back injuries to centerfielder Angel Pagan. a catalyst to their offense, and then to slugging outfielder Hunter Pence being hit by a pitch in a spring training game, the result being he will miss the first month with a broken forearm.

The best you can say about the Giants is that pitcher Matt Cain is doing well. He was injured last season but may reclaim his place in the starting rotation.

At a time when the Dodgers remain formidable even with major roster changes and the San Diego Padres have spent their way into contention the Giants appear vulnerable.

The season opens April 6, less than two weeks from now. Will the Giants fall so far behind in the competitive division that they'll be clawing their way back all season?

Well, perhaps World Series hero Madison Bumgarner will save them.

After pitching 250 innings last season the 25-year-old lefthander has come back with an outstanding spring.

He's made four impressive starts. In his last one he allowed only one run and one hit to the Angels in six innings.

Another Giants asset is manager Bruce Bochy, one of the best in baseball.