OUR HOUSE Run for Hope with Melissa Rivers 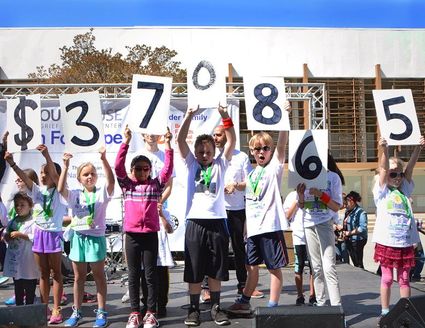 OUR HOUSE Grief Support Center, one of the most respected non-profit grief centers in the nation, hosted its sixth Annual Run For Hope 5K Festival on Sunday, April 26 at the West Los Angeles Civic Center. The Run For Hope was a day dedicated to celebrating and honoring the memory of loved ones who have died. This year's presenting sponsors were The Hollander Family and Best Friends Animal Society. The Run For Hope, deeply rooted in the community, drew close to 1,600 participants who raised over $370,000 dollars to provide grief support directly to adults and children

OUR HOUSE's ambassador Melissa Rivers along with almost 1,600 OUR HOUSE Supporters & Race Participants came out to celebrate and honor the memory of loved one who had died. Participants wore their personalized t- shirts with their loved ones' photos commemorating & celebrating their memories. 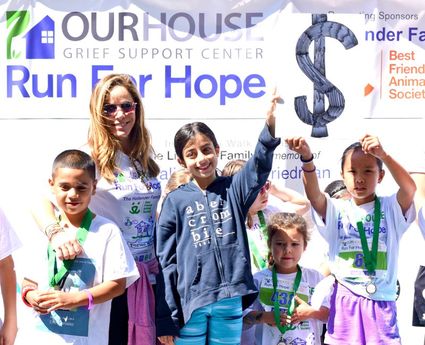 All participants gathered at the stage following the In-Memory Walk and the 5K Run/Walk with a closing ceremony and festival, which included live music by DJ Sherpa and the School of Rock, a kids fun zone and expo. Melissa Rivers presented awards to the largest and most successful teams, including the Largest Team: Team Tia's Hope along with the four Top Fundraisers: Team Nico and Steven who raised $134,000; Team #Matthew who raised $10,000; Team Debbie Cohen in memory of Shirley Levine who raised $8,100; and Team Anne's Angels who raised $7,300.

"The Run For Hope was even more meaningful for me this year as I participated in memory of my mother," Melissa Rivers said. "Coming together with others in a large group commemorating memories of loved ones is a powerful reminder that you're not alone and can seek support from others, something OUR HOUSE does beautifully."