Angels Will Pay Hamilton $70 Million To Play For Texas 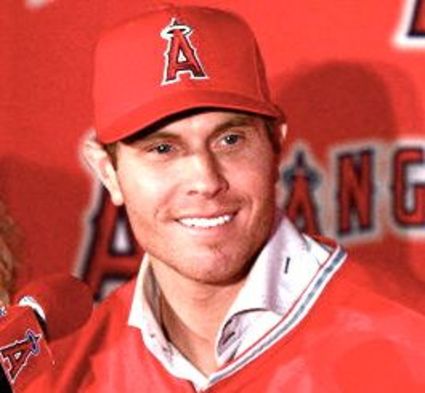 When an arbitrator ruled that Josh Hamilton would be entitled to his full 2015 salary from the Angels despite a relapse of cocaine addiction the club responded with harsh words.

Angels owner Arte Moreno said he couldn't guarantee that Hamilton would play for the Angels again.

On Monday, the Angels traded Hamilton back to the Texas Rangers, where he had become an all-star in five straight seasons before signing a five-year, $125 million contract with the Angels.

The trade is regarded as one of the most bizarre in baseball history because the Angels will pay $70 milliion of the remaining $83 million on the contract. The Rangers will pay $6 million and Hamilton has agreed to taking a $6 million discount.

On television sports talk shows there is a divided opinion of the deal.

"He's a good guy. I was a teammate of his and I don't understand why the Angels will pay him to play against them," said former major league player Carlos Pena.

However, it appears that Moreno is taking a stand, assuring Angel fans that a player with a substance problem isn't welcome to play for the team.

Reportedly, Hamilton vetoed a trade to another team saying he'd be most comfortable going back to the Rangers.

Hamilton had two disappointing seasons with the Angels. In last season's first round playoff series Hamilton went 0-for-11 as the Angels were swept by the Kanas City Royals.

Hamilton won't be able to play for the Rangers right away. He's currently on the disabled list with a shoulder injury. When he's able to play he'll spend time in a training period in Arizona, then will play in a few minor league games.

Hamilton'e replacements with the Angels are off to a slow start. Three men who have played left field have all hit below .200 this season.