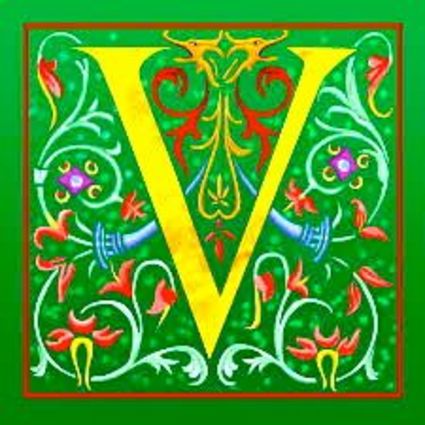 The Verdi Chorus pulled out all of their "Hidden Gems" for their Spring performances at the acoustically-sound First United Methodist Church in Santa Monica.

In their 32nd year, the chorus continues to be one of the jewels of the Los Angeles opera scene and showed the audience why as they presented two flawless performances.

Over the years, the chorus has grown and developed to a level of professionalism led by Music Director Anne Marie Ketchum and her accomplished, Julliard-trained pianist, Laraine Ann Madden, who always gets a roaring standing ovation and did so at these concerts.

In fact, at the conclusion of the concerts, the audience continued the standing ovation until every last chorus member was off the stage. A high compliment.

But before the conclusion, there were plenty of grand opera chorus songs and arias by internationally-renowned soloists to hear.

The Chorus rose to the occasion once again for these performances. Their relationship, connection and timing with the three highly-accomplished professional soloists on every piece on the program were impeccable.

Ketchum, again, out-did herself with the careful selection of these soloists and crafting this entertaining program.

Invited back was fan-favorite tenor Robert MacNeil, along with soprano Rebecca Sjowall and baritone Museop Kim. And all three did not disappoint.

Highly skilled section leaders from the chorus – "The Walter Fox Singers" - also joined the soloists on an assortment of songs and especially memorable was "Regina Coeli...Inneggiamo il Signor" from Cavalleria Rusticana by Pietro Mascagni which has become a signature piece for the Verdi Chorus and was the finale.

Also standing out from this same opera was soloist Kim and the Chorus singing "Il cavallo scalpita." His sterling voice resonated throughout the church venue.

Here are some of the other bright spots in a well-rounded program.

Rounding out the program were also pieces from the choruses namesake Giuseppe Verdi: I Vespri Siciliani, Un Giorno Di Regno, Otello, and Il Corsaro, all played in the first half of the program. And La Gioconda by Amilcare Ponchielli which kicked-off the second half.

Opera lovers were treated to another successful Verdi Chorus performance and then were also delighted to attend the traditional post-concert meet & greet with refreshments in the hall next to the sanctuary.

For more information about their up-coming Fall concerts in November, please visit http://www.verdichorus.org.