Fireworks and firecrackers commonly cause accidents. 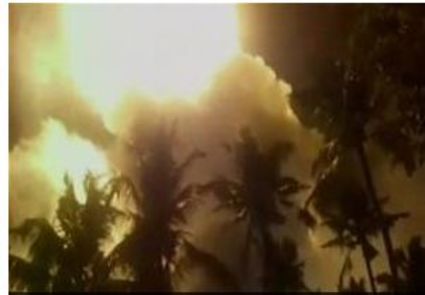 A huge fire broke out at Puttingal temple at Paravaur (Kollam District), Kerala early Sunday morning leaving at least eighty dead and over a hundred injured, local media said quoting police officials. The fire took place at around 3.30 am this morning.

According to reports, the fire could have been caused due to a blast in the firework stockpile, readied for the temple celebrations. The police had earlier warned temple authorities to restrict usage of fireworks.

A building at the temple then collapsed, causing many of the fatalities.

More than 200 people have been injured at the temple.

Those with most serious burns injuries are being treated at the government medical college in Thiruvananthapuram, the state capital.

The impact of the blast was felt in houses up to a kilometre away. 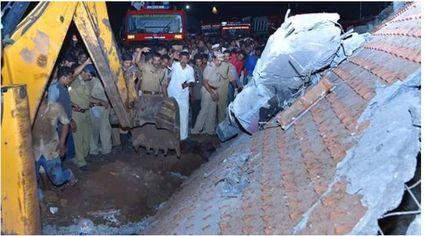 Authorities examine damage from the explosion

Kerala's Home Minister Ramesh Chennithala has ordered in an investigation into the accident.

"Now the situation is under control... the police are on the spot."

Kerala Chief Minister Oommen Chandy is due to visit the scene this morning.

The fireworks had been stored ready for celebrations on Thursday of Vishu, a Keralan festival marking the Hindu new year.

Local reports say that police had not given permission for Puttingal temple to hold the fireworks display.