Man Stabbed to Death at "Step Up on 5th" Street. 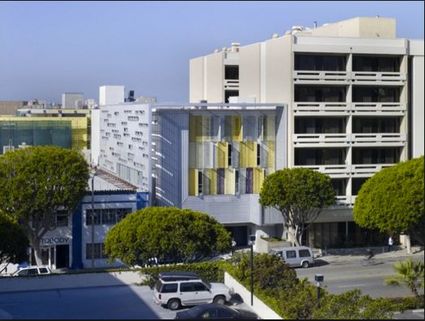 Step Up On 5th Street is a major homeless facility in downtown Santa Monica, paid for primarily with public funds and private donations

An hour before dawn on April 5, a man was stabbed to death. No one saw it but the murderer.

Officers responded to a homicide call at 1548 5th Street, Apt. 408. The building is a homeless halfway shelter called Step Up on 5th" at 4:30am on Tuesday April 5, according to the SMPD. Police said they found an unidentified adult male inside the apartment, with an apparent stab wound to the chest.

Paramedics were called to the scene at 4:34am . They took an adult male in critical condition to UCLA Westwood Trauma Center, according to Santa Monica Fire Department.

He was pronounced dead approximately one hour after arriving at the emergency room. Apartment resident, Guillermo Guerrero, aged 40, was arrested and charged with murder, police said.

Detectives said they were certain several people witnessed the murder. Witnesses are necessary part of a any criminal prosecution, so police are asking that you contact Detective Mike Bambrick or Sgt. Maury Sumlin at 310.458.8437 if you have any information on this murder.