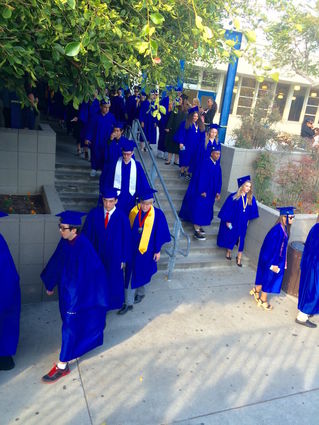 In an attempt to force the City to change its Charter from city-wide to districted Council and School Board elections, several groups have sued Santa Monica alleging civil rights violations. And the moving force behind the lawsuit is Mrs. Oscar de la Torre, a school board members wife.

The Pico Neighborhood Association (PNA), Maria Loya and Advocates for Malibu Public Schools (AMPS) filed the suit in the Los Angeles Superior Court, according to a press release received by the Santa Monica Observer.

"In our efforts to improve Malibu public schools, we have become keenly aware of how at-large elections prevent minority groups from having their voices heard. The intentionally discriminatory provision of the Santa Monica City Charter prevents not only the city, but also the Santa Monica-Malibu School District, from adopting district-based elections; we want the school board to be empowered to voluntarily adopt fair elections, and set an example for the students," AMPS said.

In a statement, Loya said the current system of citywide elections is biased and specifically disenfranchises residents of the traditionally minority-heavy Pico neighborhood.

"As a mother, former city council candidate and resident of the Pico neighborhood, I want to ensure that future elections are fair," she said. "The current at-large election system is illegal and has led to a lack of representation in local government, which in turn has led to neglect of our community. All residents and every neighborhood can benefit from a neighborhood-centered approach to representative democracy."

Loya is the wife of School Board member Oscar de la Torre and both are board members of the PNA. AMPS is a Malibu organization that seeks Malibu's withdrawal from the Santa Monica Malibu Unified School District, and setting up its own district.

De la Torre said the plaintiffs expect the City to take immediate action in advance of this year's vote. "We have waited more than 70 years for fair elections and it's not in the best interest of residents to continue to live under a rigged political system," he said

It's worth noting that the County of Los Angeles was forced ten years ago, to adopt "Supervisorial districts" for it's 5 member board of supervisors.