$4 billion project paid for by feds 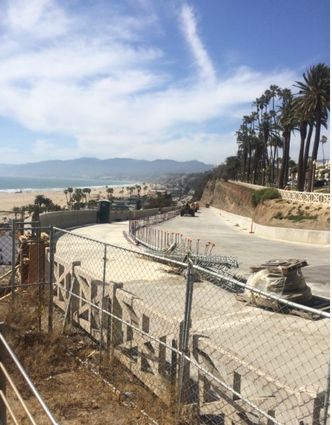 View from the cliffs down the new California Incline.

Despite criticism from the local pundit class, including yours truly, Caltrans appears to be nearing completion of the California incline, reasonably on time and within its $4 billion budget.

The bridge was originally built to connect Ocean Avenue's cliffs with Pacific Coast Highway. It lacked the necessary earthquake safe structures, as required by current Federal standards. Which explains why the US Highway Department is paying for 85% of the project. 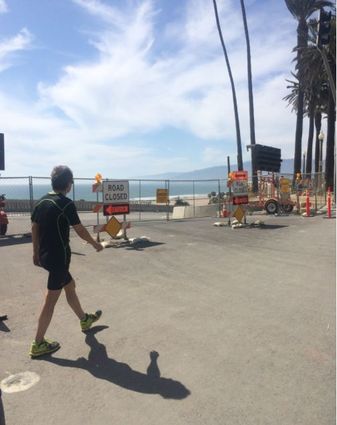 The ramp was in fact, built in the 1930's directly on dirt, without any bridge supporting structures. While it survived several major earthquakes, too many people use it daily to take chances.

While the bridge portion is about 750 feet long, the entire length of the roadway is twice that-part of it will continue to be on a dirt ramp.