Will Smith Shot and Killed in Road Rage Incident 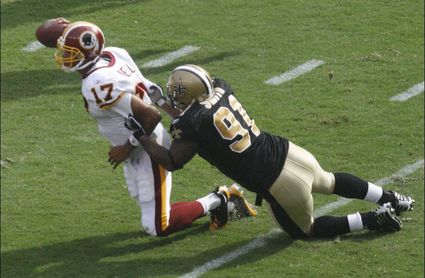 Will Smith, 34, former defensive end for the NFL's New Orleans Saints, died of "multiple gunshot wounds" after a traffic accident in the City's Lower Garden District.

New Orleans City Police Department said in a statement that Smith had bumped into Cardell Hayes, 29, and the matter escalated. The Courthouse website indicated that Hayes pleaded guilty to possession of drug paraphernalia and weapons in 2014.

The Smith family released a statement through a PR firm: "On behalf of the smith family, we are thankful for the outpouring of support and prayers. We as that you continue to respect the family's privacy as they drive the loss of a devoted husband father and friend."

The former defensive end was driving his Mercedes SUV through a swank part of the city called the Lower Garden District, when Smith's car was hit by an orange Hummer H2, police said. This drove his car into a third vehicle, an Impala. Two friends of Mr. Smith's were riding in the Impala.

Hayes exited his Hummer, seemingly to exchange words with Smith, but ended up firing rounds into Smith's SUV instead. Smith was with his wife, who was taken to a local hospital. Smith however died at the scene.

In a statement on Sunday, the owner of the Saints, Tom Benson, and his wife, Gayle, said the killing would “leave a lasting scar on our community forever.”

“Will was more than an exceptional football player,” the couple said. “He was a father, a husband, a son, a brother and teammate to so many and an inspiration to countless more.”

Mr. Smith was born in New York and played college football at Ohio State. He was selected by the Saints in the first round of the 2004 draft. He was named as a Pro Bowl starter in 2006 and later became a defensive team captain.

In 2010, he helped the Saints win their only Super Bowl, a victory that electrified New Orleans. His career sack total, 67.5, ranks fourth highest in franchise history. 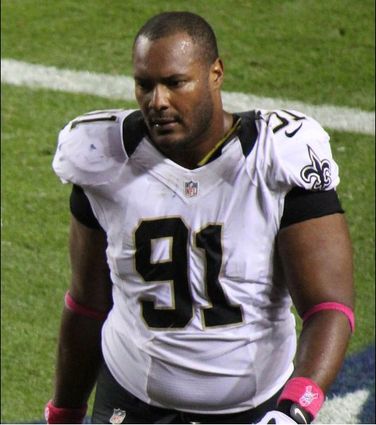 Defensive End Will Smith retired from football in 2012

In 2012, Mr. Smith was suspended for four games for his involvement in the Saints’ bounty scandal, in which players were offered money for hits that knocked opponents from games. The suspension was later vacated.

He sustained a knee injury in 2013 that sidelined his career.

Wikipedia summarizes Smith's career as follows: William Raymond Smith III (July 4, 1981 – April 9, 2016) was an American football defensive end in the National Football League (NFL). He played college football for Ohio State and was drafted by the New Orleans Saints in the first round of the 2004 NFL draft, where he played for the entirety of his career.