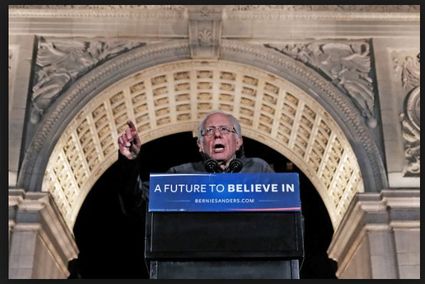 Update: Dr. Paul Song abruptly resigned from his position on the progressive group called "The Courage Campaign," five days after making the controversial comments described below.

Dr. Paul Song, railing against the relationship between politicians and corporations before Sanders' supporters on Wednesday, said, "Medicare-for-all will never happen if we continue to elect corporate Democratic whores who are beholden to big pharma and the private insurance industry instead of us."

Song, a health care activist, tweeted later Wednesday that he was referring to some members of Congress.

"I am very sorry for using the term "whore" to refer to some in congress who are beholden to corporations and not us. It was insensitive," he tweeted.

I am very sorry for using the term "whore" to refer to some in congress who are beholden to corporations and not us. It was insensitive.

The comment drew criticism from Clinton supporters and others, who called on him to disavow it.

Jane Sanders, the senator's wife, told CNN's Chris Cuomo Thursday that she did not hear the phrase but guessed it wasn't about Clinton.

"I'm sorry, I didn't hear it at all. Strange choice of words. I can't imagine that anybody was speaking about Secretary Clinton that way. I don't know who said that," she said on "New Day." "All the campaigns really need to take some responsibility for what surrogates say."

Sanders himself weighed in via Twitter. "Dr. Song's comment was inappropriate and insensitive. There's no room for language like that in our political discourse," Sanders tweeted Thursday.

Dr. Song's comment was inappropriate and insensitive. There's no room for language like that in our political discourse. 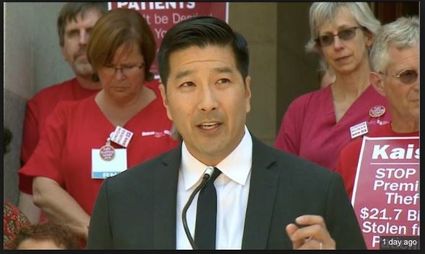 Thursday afternoon, Courage Campaign, a California-based progressive group that Song chairs, distanced itself from his remarks in a statement.

"Courage Campaign does not endorse political candidates. Dr. Paul Song, acting in his own capacity as a health care advocate, and separate from Courage Campaign, made comments at a rally in New York for Senator Bernie Sanders last night that are contrary to the values of Courage Campaign," the statement said. "These comments were unacceptable and that sort of rhetoric has no place in our political dialogue."

Song's wife is Lisa Ling, host of CNN's "This is LIfe with Lisa Ling." In his speech, he also said positive things about President Bill Clinton, who helped secure the release of Ling's sister from North Korea after she was captured in 2009.