Prince: Dearly Beloved, We Are Gathered Here Today, 2 Get Thru This Thing Called Life 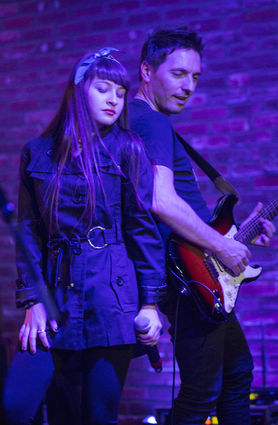 Gabbie Rae and Steve Fekete tear it up to "U Got The Look" at the Prince Tribute Concert.

In the wake of Prince's shocking and untimely death, Steve Ferlazzo, the keyboardist and musical director for both Avril Lavigne and Soundcheck Live, produced a Special Prince Tribute Concert to honor the musical genius by bringing together a host of artists to perform Prince's songs. 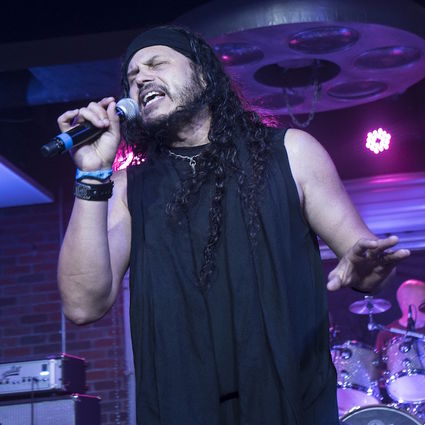 Jeff Scott Soto brought the house down with his performance of "When Doves Cry" at the Prince Tribute Concert.

Prince was an extremely prolific singer and songwriter, so much so that during his Earth Tour each of his concerts lasted three hours, but because of his vast musical output, he was only able to sing 30-45 seconds of each hit song in order to fit them all in. The Soundcheck Live Prince Tribute Concert lasted almost four hours, but only a fraction of his anthology could be performed.

In addition to the musicians on stage, fans also paid tribute to Prince. The venue was completely packed. Many fans dressed in Prince-themed costumes for the occasion, and they cheered and sang along with the musicians.

Fittingly, everyone in the venue was bathed in a purple light.

Soundcheck Live offers live music performances every Wednesday evening at Lucky Strike Live, located in Hollywood at the corner of Hollywood and Highland. Every week features a variety of high-level, established musicians, and often a celebrity guest curator.

For more information on upcoming Soundcheck Live events, call (323) 467-7776 or go to http://www.bowlluckystrike.com.