Kevin Loibl Shot & Killed Christina Grimmie Because She Was A Christian

Crime may be investigated as a hate crime. The Voice singer was outspoken in her Christian faith 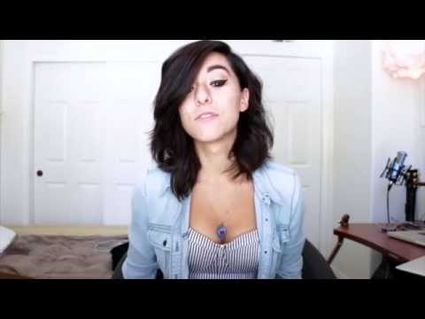 It has become increasingly apparent to police from the gunman's cell phone and computer records, that singer Christina Grimmie was murdered because of her outspoken Christian beliefs.

It is difficult to find motive in the insane ravings of a madman like Kevin James Loibl. But it has become increasingly apparent to police from an examination of Loibl's cell phone and computer records, that singer Christina Grimmie was murdered because of her outspoken Christian faith.

Loibl, 27, traveled from St. Petersburg to Orlando, a distance of some 107 miles, with the specific intent to kill the contestant from NBC's 'The Voice,' said police, adding that Grimmie and Loibl did not know each other.

Orlando police did say that Loibl carried 2 loaded guns and a hunting knife into the Plaza Live theater, and intended to follow the singer's murder by perpetrating a mass casualty event. The singers brother Marcus prevented others from dying by wrestling the shooter down, who then shot himself dead.

Orlando police are investigating the murder as a hate crime, after an examination of recent posts and e-mails by Loibl. Loibl had neither a gun permit nor a criminal record. His insane rantings were removed from the internet shortly after his crime.

Grimmie, 22, died Saturday at an Orlando hospital after Loibl shot her at the Plaza Live Theater while she was signing autographs. The shooting occurred in front of fans and family. She had been the opening act for the band Before You Exit.

An excerpt: In the western world, especially American civilization, when asking for a person's religious standing, the most common response you will encounter is simply "I'm a Christian." Most people subtly just think to themselves "Oh, okay good. I was worried for second." But as I have traveled to Israel recently, fervently prayed and studied Scripture, and examined the culture around me, I have found that when someone says "I'm a Christian," I should be more worried for their soul than if they said "I'm an atheist."

Before you stone me to death with your subconscious judgment, let me explain. If you will, come explore with me what it should look like when a person claims Christianity. Come with me, and let's take a look at the most overused word in the English language. What is this "Christian" stuff all about anyway? "

T.J. Wilkins, another Voice competitor, wrote: "What I'll remember most about you is our conversation about faith and the love of Christ." That faith was often reflected in Grimmie's tweets. This one from 2013, which her fans (she called them "Frands--Friends and Fans) are circulating today:

Sometimes God allows terrible things to happen in your life and you don't know why. But that doesn't mean you should stop trusting Him.

This was apparently too much for the twisted gunman, who left insane rantings about her online, according to our sources. Like Mark David Chapman, who became obsessed with John Lennon, Loibl grew obsessed with the singer and her Christian beliefs.

Kevin James Loibl's Facebook page has been taken down, as is standard procedure following heinous crimes such as this one. Authorities fear they might inspire copycat crimes.

Attorneys say that to prove a murder case by circumstantial evidence, prosecutors must present 3 elements: Motive, Opportunity and Intent. What Loibl left on his computer and in his cell phone shows motivation: His hatred of Christians in general and of one young female Christian singer in particular. Loibl had the opportunity because he was present at the Plaza, and his intent could be demonstrated again by his communications, and by buying two guns.

Of course, had Loibl lived, prosecutors would not have needed to put on a circumstantial evidence type case, because there were many witnesses. They would have testified. But the point is, the evidence of his communications would support a circumstantial case against Loibl that this was an anti-Christian hate crime, with motivation, opportunity and intent.

A great rabbi once said that causeless hatred is the source of most of the world's unhappiness. It can be said for certain that Loibl had a diseased, twisted mind, and that the 22 year old singer's death defines senseless killing and causeless hatred. Perhaps we can draw some little solace in knowing that she joins a long line of martyrs for her faith.

Update, 6/13: Adam Levine, Grimmie's voice coach on "The Voice," has offered to pay her funeral expenses, and the expense of flying her body home.

Update, 6/14: Hundreds of Christina Grimmie's friends and fans gathered last night for a candlelight vigil in her New Jersey hometown, Evesham Township. Photos of her filled the field at the Township's Memorial complex.

Her funeral will be a private affair this weekend, in Evesham Township Memorial Park.

Police have still not announced a motive for the shooting. There is no evidence that Grimmie and killer Kevin Loibl ever met or knew each other.

Update: 6/12--The tragic shooting by radical Islamic terrorist Omar Mateen at Pulse Nightclub in Orlando, killing 50 people and injuring 53, does seem too similar to us to be a coincidence. Our thoughts and prayers are with Orlando and Florida.

Clicking should take you to Grimmie's Christian video, "In Christ Alone."

I received an intriguing comment from a reader I'll call "Susan," on June 17. She claims to have seen, just after Christina Grimmie's murder, but before the Orlando Pulse Nightclub shooting, a Facebook page for Kevin Loibl. It listed Loibl as having only three friends, one of them being Omar Mateen, the nightclub shooter. "There were a few comments on both of the Facebook pages and dates (from years ago) that indicate that the pages were not recently set up." Both pages were subsequently taken down, but she claims to have screenshots of each. Stay tuned.

Omar Mateen shot and killed people at a gay nightclub because they were gay, and so was he.

Another excellent article, thank you, Stan. To the critics, I say this: what are you hiding / afraid of - the truth getting out? Stan has raised some critically important issues. And if there were others involved in the Orlando shooting (as many believe) perhaps they escaped, pretending to be victims. Perhaps they can be tracked down by finding these old internet friends / webpages linking the killer of Christina and the Orlando killer? Keep up the good work, Stan!

If you look on the Orlando shooter's FB page, this is the LAST person he friended!!!

quite an unusual combination: while Christina is singing 'In Christ alone' I noticed the Iron Maiden poster at her back. It's a visualization of the war between light and darkness! Hope more people will see the true light and trust in Christ alone!

God bless this beautiful talented young lady for the only thing that truly matters in this vapor of a life; she loved Jesus and wasn't ashamed to proclaim God's Word as Truth. The man who killed her obviously couldn't stand her bold and honest proclamations so he did the only thing a demon-possessed human can do: silence her. Extremely sad for both people, but truly truly tragic for this man; now he got his wish: eternal separation from God. 😭

Mainstream media/Hollywood/Entertainment Industries almost all over the world, at the highest level, are usually controlled by atheists/satanists who are afraid of/hate true pro-liberty Christianity. Truth/news are twisted/suppressed to confuse public. True Christians who are beautiful/smart/talented will not be allowed to be successful/famous unless they play along (e.g. Miley Cyrus/Lady Gaga). Satanism/demonic possession has many levels. Anyone who felt compelled to kill anybody is demonized.

Mark David Chapman killed Lennon because Lennon was famous. His Christianity was when he was a child. His adult life was anything but Christian. And yes, Christians ARE under LETHAL attack. GO to SYRIA, Egypt, IRAQ, North Africa- start reading bud. Additionally - read this: http://www.christianitytoday.com/ct/2007/januaryweb-only/001-22.0.html

Daytongator the difference is chapman didn't kill Lennon for the mans belief system this Kevin guy DID. It was on his forum posts if you care to search for them through the way back machine. He went on and on and on about her faith. THATS why her religion is mentioned. In this case it was the killers main motivation.

This is speculation, which means this article is not a news article, it is an opinion piece. Who are your sources? How come no other news service has access? And finally, what is wrong with you, Stan Greene?

This type of irresponsible reporting is what gives the profession such a bad name. No reputable news agency is reporting the motive of the killer, let alone that he killed because of her religion. The fact that the source is not identified makes this all the more suspect and shameful. Even if this one deranged guy had killed because of her religion, it doesn't suggest that Christians are under lethal attack because they can sing. This reporter should be fired.

Actually, the excerpt from Christina's website is a from a post one of her fans (user: the biggest grimmie fan). Not that Christina wasn't open about her faith—she was—or that she doesn't believe that.. But please check your sources next time before you misquote and miscredit paragraphs as fact.

I think this is the most plausible explanation, I even found 1 of his possible relatives linked to the satanic involvement - HailToxic is a twitter account that linked to a family member in Pinellas county FL with the same last name as the killers, according to been verified website. I would be surprised if the police let this cat out of the bag.

This may be well and true, but the tone of this is embarrassing. Masked under the very generic (and suspect as a result, even if unfairly so) 'our source' this is hard to stomach. I'm not criticizing the source or anonymity as that's all fair and just, but don't squirt out editorialized 'news' until the story is actually out. At that point, that's fine, even if insipid but when in a place where you've got to obscure your sources, you're in no position to represent anything but facts.