Bubbles the Pilot Whale: An Ambassador to Humans, Or a Prisoner of Them?

Captured pilot whale and trained to perform in Marineland and later Seaworld for over 30 years, died age 50 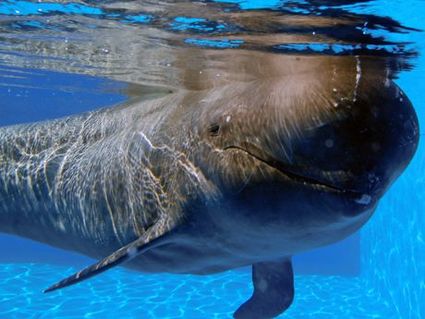 Bubbles, a pilot whale captured off the coast of California and trained to perform in Marineland and later Seaworld for over 30 years, died around age 50 Thursday. Since her species is thought to live to about age 60, it is not certain that she died before her time. Nevertheless, activists are rightfully taking this opportunity to bring up concerns about the whole Delphinidae family, as well as other intelligent marine creatures, harbored in artificial environments.

While each individual attack on a trainer or youthful death of a captive dolphin sparks a special influx of digital rage for a tide cycle or two, it is necessary to remember that for animals like Bubbles, each moment of life is enveloped in the dull doom of captivity, a longer-lasting pain than the photo of a particular belly-up body in a newsfeed. Any and all troubles captive cetaceans face exist whether they are currently trending on Facebook or not.

Over recent years, well-intentioned netizens have spewed hatred from their fingertips towards SeaWorld (other dolphinariums are often lumped under the big name). There is reason to scrutinize the facilities commenters are flaming. As scientists and film crews expose the immense intelligence of marine mammals, and show their sadly snuffed potential in captivity, the public must take action.

However, that action isn't limited to posting angry messages on the Internet. A series of societal, infrastructural, and economic changes will be required to assuage the throbbing Tweets that explode on the screen at each mention of marine parks.

Firstly, we need to utilize today's technologies to educate the public about sea life without restricting individual animals to tanks a fraction of their natural range. It is also imperative the great wide oceans these creatures evolved to roam stop being polluted and altered by human activity such as acidification and warming, if dolphins – or any of the ocean's marvelous biomass – is to survive independently from human meddling.

One of the main arguments for the continuation of marine mammal captivity is that the next generation of humans to take the world into its hands must be made aware of and sensitive to these amazing creatures. However, that is not always the clear function of marine parks, where mammals are presented as commercial performing animals, giving a false impression of their place in nature.

Furthermore, the tolls captivity takes on the minds and bodies of the animals, as well as the dangers to trainers, cannot be outweighed by the delight of a dolphin show. Up to 90% of SeaWorld's male orcas experience dorsal fin collapse, a condition rarely seen in wild populations. The National Marine Fisheries Service links the condition to an integral deformation of the fins' structure as the orcas grow and age within the constraints of a fish tank.

SeaWorld itself has suggested that since the orcas spend much of their lives around the surface, the fin is not supported by the pressure of surrounding water. Other physical health issues are apparent in these animals, such as frequent death and possible lifespan reduction. In addition, many of the animals experience scars from bullying; contracting pneumonia is not uncommon; they wear down their teeth by chewing tank surfaces out of boredom.

Psychological stressors also bear down heavily on captive cetaceans, and may exacerbate their physical ailments. It doesn't take a PhD to deduce the emotional fatigue inherent in being made to dance on your tail above the water and support a trainer's ballerina antics upon your head in the midst of blaring music and cheering, chip-crunching tourists. And to do this several times a day. It is also clearly unsettling not to migrate the thousands of miles that your ancient evolutionary design is meant for.

Other issues are linked to the complex social needs of the animals. Sometimes a newly captured orca is introduced to a captive-bred pod, and the existing social hierarchy does not welcome this stranger. Alienation and ostracism result.

In the most dramatic of cases, the animals' suffering leads to violence. When humans are harmed, the world finally reacts. It's worth nothing that the famous "Blackfish" attack on a trainer is far from the only episode in dolphinarium history during which captive mammals, driven to desperation from their mind-numbing surroundings, have suddenly turned on the humans interacting with them.

An additional layer of malaise is added to the whole situation when we consider that cetaceans continue to be bred in barren tanks and trained like circus monkeys – as if another tragedy was not inevitable. For instance, at Loro Park, where Morgan the orca was sent after the reversal of a government-approved intent to return her to the wild, the female Morgan was housed in the same enclosure as a male orca who had killed a young trainer two years prior. Supposedly this was an attempt to induce breeding, begging the question: what would be the benefit of bringing such a calf into a world devoid of proper parental nurturers (Morgan was not yet physically prepared to safely bear young at her age; the male was clearly psychologically disturbed to the point of violence.) 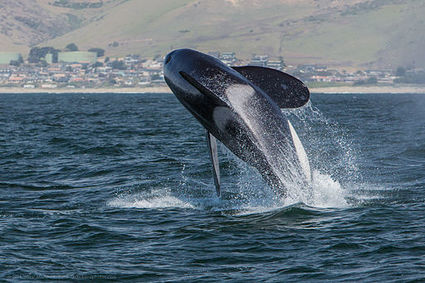 Caption: In the wild, orcas roam the world ocean, traveling thousands of miles and developing unique group cultures and linguistic dialects along the way.

At any rate, some hope for the situation's resolution arrived recently when SeaWorld announced its intention to stop breeding or taking wild orcas for its shows. However, individuals and economies must remain vigilant. We are responsible for ensuring that there are no loopholes in such promises, and that smaller-name marine parks also revolutionize their practices to provide freedom for the animals while still, perhaps, educating future generations about these amazing creatures from a hands-off distance.