Some have reported a stampede at baggage claim and injuries 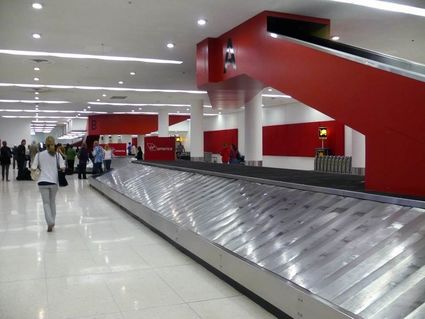 Reports of gunfire in Terminals 6, 7 and 8 were made about 8:45 p.m., prompting airport police to set up a command post and shut down the central terminal area to incoming traffic.

Airport police confirmed recently to the Los Angeles times that the reports were simply false. There have also been reports of a stampede and injuries at baggage claim.

Flight operations were stopped from 9 to 9:30 p.m. on the airport's two southern runways because passengers, who self-evacuated from the terminals, ran onto the restricted airfield. By 11 PM, airport police were allowing passengers who had left baggage in the baggage claim area's, to finally claim their luggage.

Actress Anne Dudek of Santa Monica was one of the travelers who fled from Terminal 7 after her United Airlines flight arrived about 8:30 p.m., said the LA Times. She descended the escalator to baggage claim at 8:45 p.m, to discover a panicked man ran past her, warning everyone to run because he said people were being shot.

"People started dropping bags and running out of the terminal," she said. "Panic spread."

Dudek said she did not hear shots, but decided to leave Terminal 7. She ran across the street, headed through the parking structure and made her way to the area near Southwest Airlines. She eventually reached her parked car and left the airport.

Authorities said all terminals, including the Tom Bradley International Terminal, had been cleared by Los Angeles Airport Police by 10:45 p.m. and passengers were allowed to return.

All roads on the arrival and departure levels in the central terminal area also were reopened to traffic late Sunday. In 2015, LAX handled 74,936,256 passengers, an increase of 6 percent from the previous year, making it the seventh busiest airport by passenger traffic in the world. The airport holds the claim for "the world's busiest origin and destination (O & D) airport," and has for many years. The airport also was the third busiest in the world by aircraft movements. Furthermore, it is also the only airport to rank among the top five U.S. airports for both passenger and cargo traffic.