Voice Of the People

When Corporatons Own Politicians, the Will of the People Doesn't Matter 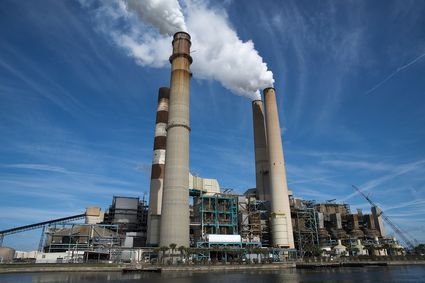 Even among respondents who work in the coal industry or have family members that do, 62 percent support the CPP.

As litigators prepare oral arguments for the 24-state suit to stop the federal government from implementing the Clean Power Plan (CPP), a Citizen Cabinet survey finds that two-thirds of registered voters in the states party to the suit (67 percent) actually favor the Plan.

Eight states were also surveyed, including four that are party to the lawsuit; in all four – Florida, Ohio, Oklahoma and Texas – two-thirds or more also support the plan. Across the country as a whole, 69 percent approve of the CPP, with similar majorities in key swing states surveyed.

The Clean Power Plan seeks to reduce greenhouse gases from power plants two to three percent a year. The District of Columbia Circuit Court of Appeals is scheduled to hear arguments on September 27.

The in-depth national survey, which also includes statewide samples in California, Florida, Maryland, New York, Ohio, Oklahoma, Texas and Virginia, was conducted by the Program for Public Consultation, School of Public Policy, University of Maryland (PPC), and released by the nonpartisan group, Voice Of the People.

"Clearly the forces driving this lawsuit are not arising from public resistance to the Clean Power Plan," said PPC Director Steven Kull.

Interestingly, even among respondents who work in the coal industry or have family members that do, 62 percent support the CPP.

Support was not however, bipartisan. Nationally only 47 percent of Republicans are in favor, and a slight majority of 52 percent oppose the plan. Among Democrats 89 percent approve, as does 64 percent of independents.

Bipartisan majorities also favor requiring higher fuel efficiency standards for light cars and trucks, heavy duty vehicles and requiring electric companies to have a minimum portion of their electricity come from renewable sources (overall 71-74 percent). Republican support for these ranges from 56-57 percent, while for Democrats, 84-89 percent.

The CPP is central to the commitment as part of the United States participating in the international agreement negotiated in Paris and signed in New York in April, 2016, by which the U.S. has agreed to pursue the goal of reducing its greenhouse gases by 26-28 percent below 2005 levels by 2025, or about two percent per year. Seventy-one percent of American registered voters approve of participating in the agreement. Among Republicans a slim majority (52 percent) approve, but 61 percent said the agreement is at least tolerable. Democrats overwhelmingly approve (89 percent) as did independents (66 percent).

Support for reduction of carbon dioxide appears to be driven by concerns about the health effects of air pollution as much or more than concerns about climate change. While carbon dioxide does not have a direct effect on health, steps that reduce carbon dioxide also reduce soot and smog, which do have negative health effects. Seventy-four percent say that it should be a high priority to reduce air pollution from energy production (Republicans 51 percent, Democrats 93 percent). Seventy percent nationally say it should be a high priority to reduce greenhouse gases (Republicans 44 percent, Democrats 91 percent). 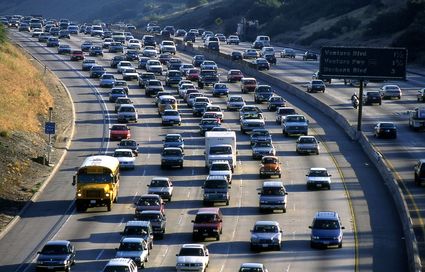 Unlike a standard poll, Citizen Cabinet surveys take respondents through an online process called a 'policymaking simulation' that seeks to put them in the shoes of a policymaker, giving them essential information and presenting key arguments on both sides of each issue. The content of the simulation was vetted for accuracy and balance by Republican and Democratic congressional staffers, as well as experts from the Environmental Protection Agency, the U.S. Chamber of Commerce, the World Resources Institute and the University of Maryland's School of Public Policy.

Once the survey results are released, a public version of the policymaking simulation is posted at vop.org for anyone to try. Citizens are encouraged to go through the simulation and then share their recommendations with their Congressional representatives at: http://research.cfrinc.net/vop16128pub/

The full report can be found at: http://vop.org/wp-content/uploads/2016/09/EE_Report.pdf

The full questionnaire with frequencies can be found at: http://vop.org/wp-content/uploads/2016/09/EE_Quaire.pdf

Voice Of the People is a nonpartisan, non-profit organization using new methods and technology to give citizens a more effective voice in government.