The Airport Strikes Back: Atlantic Aviation Files FAA Complaint Against the City of SM

City won't renew leases, won't provide services, and prevents others from doing so. Airport Appeals to Feds for Salvation 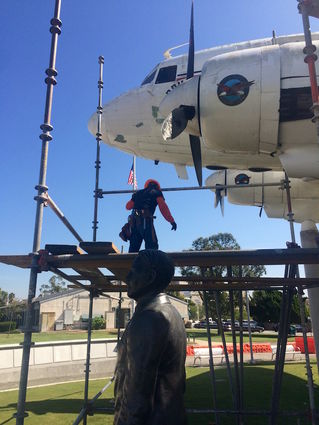 Santa Monica has served thirty day notices to vacate, on two companies that service most day-to-day operations at the Santa Monica municipal airport. Atlantic Aviation and American Flyers are the airport's fixed base operators (FBOs in pilot parlance).

They had master leases to operate airplane hangars, sell jet fuel and rent space to flight schools and offices on airport land. Without them, it is no exaggeration to say that SMO operations would cease. Which of course, is the City's endgame.

The 30-day notices to vacate airport premises were served Thursday

The city has refused to renew leases with the FBOs since the middle of last year, so they were operating under short term holdover agreements; i.e. they were month to month tenants. Those agreements were terminated legally speaking, with Thursday's order to vacate the airport within 30 days.

Nelson Hernandez is the City Manager's senior advisor on airport issues. He said federal law lets it replace the private companies with its own city-run operation.

It seems that the City is rushing inevitably toward a showdown with Federal Marshall's on the tarmac. Personally, I'd bet on the Marshalls in a showdown with the City Manager. They're better armed.

Atlantic Aviation, which owns the sole full-service FBO at southern California's Santa Monica Airport (SMO), has filed a Part 16 complaint with the FAA in response to a resolution by the Santa Monica city council calling for the city to take over the airport's two FBOs, which also include avgas provider American Flyers. In the complaint, Atlantic Aviation asked for expedited handling "given the nature of the violations herein alleged and the urgency with which corrective action is needed..." https://www.ainonline.com/aviation-news/general-aviation/2016-09-14/atlantic-aviation-files-part-16-complaint-against-city-santa-monica

At a city council meeting on August 23, members voted unanimously on a resolution calling for closing the airport by July 1, 2018, replacing the airport's two FBOs-Atlantic Aviation and American Flyers-with city-run services and other moves that appear to be designed to discourage pilots from operating at SMO. These include applying to the FAA to remove 2,000 feet from the existing 4,973-foot runway, rigorously enforcing the noise ordinance, changing hangar leases to permits, eliminating leaded fuel sales and enhancing airport security.

Like that of almost every other aviation tenant at SMO, Atlantic's lease expired on July 1, 2015. Since then, tenants have been operating without leases. According to the complaint, Atlantic had been negotiating a three-year lease with the city council, through June 30, 2018, and it was near approval when the city insisted that Atlantic sell only an unleaded alternative to 100LL avgas and biofuel for jets, "even though complainant had advised the city that such fuels were not yet commercially feasible."

As the July 1, 2015 deadline approached, Atlantic agreed to sign a holdover agreement, believing that the city would continue negotiating the three-year term and so it could keep operating the FBO. The holdover agreement called for raising Atlantic's monthly rent by 32.1 percent, to $22,226 from $16,833 and assigning title to the city to subleases for two non-aviation tenants in Atlantic office space. According to the complaint, "in reality the City had decided not to enter a lease renewal with Complainant on any terms."

In February and March this year, Atlantic held "pre-Part 16 'meet and confer' discussions, where the two parties discussed terms of a holdover agreement for the Atlantic facilities. The city again increased Atlantic's rent, this time by 80 percent to $40,000 per month, yet the city also refused to sign a new holdover agreement, so Atlantic is still operating without any written agreement."

For Atlantic Aviation, not operating under a written lease or holdover agreement "presents serious difficulties for complainant's complex, sophisticated business at SMO." Atlantic is unable to plan future investments or safety enhancements, and its 30 employees are suffering because they can't be sure of continued employment or whether they need to look for new jobs. 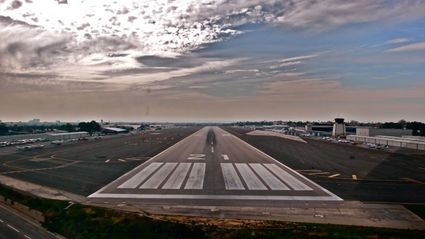 The complaint is asking the FAA to force the city of Santa Monica to fulfill its obligations as owner of the airport, which under a recent FAA director's decision the city must keep open until at least 2023. Another trial is expected next year to address the issue of whether the city is obligated to keep the airport open "in perpetuity," as agreed to in a 1948 instrument of transfer agreement with the federal government.

Meanwhile, Atlantic Aviation wants the the FAA to issue an order to re-enter the holdover agreement with Atlantic; negotiate a longer-term lease of at least three years at competitive market rates and without unfeasible fuel-type restrictions; and maintain full FBO services at SMO without trying to limit services to discourage pilots from using the airport.

To anyone doing business at SMO, come on over to Ventura County. We've got three GA airports and would love to have you!