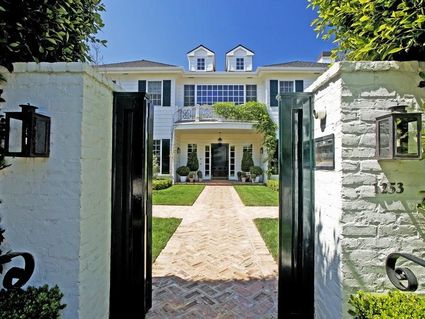 Two men and two women working together were observed on June 8, 2015 by members of the LA County Sheriff's Department Major Crime Bureau Burglary Task Force entering and robbing a home in the 800 block of Oreo Place in Pacific Palisades.

Donte Lamont Caldwell, 24, was the driver, using a rented Toyota. After casing the area, he parked in front of the home on Oreo Place, a cul de sac near Palisades High School.

While the car was parked out front, with Chivetta Lanae Overstreet, 23, at the wheel as getaway driver, Elanee Marie Jarrett, 22, knocked on the front door of the house and then jumped over a gate. She then entered the residence. Everald Martin Fisher Jr, 23, joined her and the two exited with property stolen from the house.

Still in the car, Overstreet used a police scanner to attempt, in vain as it turned out, to evade detection. When apprehended, Overstreet was wearing a gold bracelet stolen from the house.

All four defendants pleaded open to the court, which means no plea agreement had been made. They pleaded guilty to first-degree residential burglary and grand theft of personal property, jewelry, and purses.

Caldwell received a sentence of 18 years in state prison. Jarrett was sentenced to 10 years, Fisher to 9 nears and Overstreet to 5 years in prison.