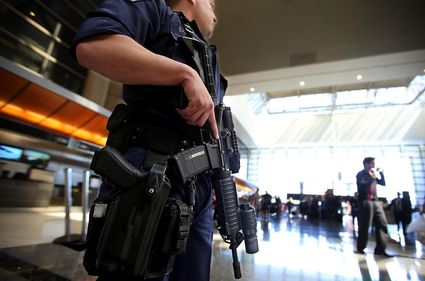 The Assistant Police Chief at LAX resigned hours before CBS2 was to air an investigative report into allegations of corruption in his department. Brian Walker, 52, has admitted to misdemeanor tax fraud and will be sentenced on September 26. However, the crimes he's alleged by current and former police officers under his command to have committed go far beyond tax evasion.

The mission of the airport police is to "ensure the safe and secure operation of our airports." The website for this department also states, "We commit ourself to the highest standards of trust, responsibility and discipline while promoting justice in a fair and impartial manner."

Walker is accused by officers of favoritism and bending the rules. One example cited by CBS2 is his hiring of Ethel McGuire, who was supposed to have worked at the FBI. However, state regulators discovered that McGuire had never been certified by the California Peace Officers Standards and Training Commission, a requirement for the job. Meanwhile, another officer, an internal affairs lieutenant at the LAX police command has also resigned in the wake of the CBS2 investigation.

Walker initially came under the scrutiny of federal investigators via his association with Ronald Boyd, who oversaw the seaport's police agency. Boyd was indicted in April, 2015 of defrauding the city for private gain. He was also accused of providing inside information about the port to a software company seeking to develop a smartphone application.

Investigators became interested in Walker's business ties to Boyd. Walker worked with Boyd at Boyd's private security company in Torrance, At Close Range Inc. Boyd ended up pleading guilty to failing to file taxes for the company and also of providing a false statement to the FBI. 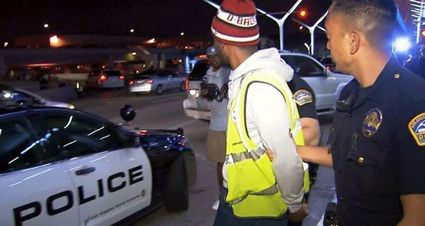 Walker was accused of failing to report his income from working for At Close Range and also at American Guard Services Inc. Prosecutors allege Walker stated his income as $149,756 in 2012 but that it was actually "substantially higher than that amount."

Airport police want a full investigation into all of Walker's wrongdoing, however. McClain stated, "We want to find out how deep this rabbit hole goes."

While the police union has a worthwhile goal in rooting out corruption in personnel practices, the public has reason to demand a full disclosure of how Walker's rule bending and hiring of unqualified police may have impacted airport safety and security. The intelligence unit, for which Walker was responsible, has the charge of gathering and disseminating classified and security-sensitive information related to the threat of terrorist attacks against civilian aviation and other critical infrastructure.