Magistrates Don't Have To Perform Gay Marriages in North Carolina

"Every magistrate has the right to recuse from performing all lawful marriages under this Chapter based upon any sincerely held religious objection." 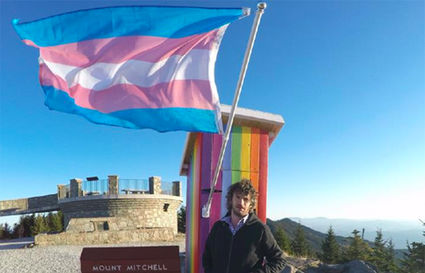 "Every magistrate has the right to recuse from performing all lawful marriages under this Chapter based upon any sincerely held religious objection."

In another North Carolina religious rights controversy, a federal district court judge on Tuesday dismissed a lawsuit seeking to block a NC law allowing religious accommodation for magistrates who don't want to officiate or grant marriage licenses to same-sex couples.

Judge Max Cogburn upheld the law, which allows magistrates in that state to recuse themselves from having to participate in same-sex couple marriages. Same-sex couples may still marry in North Carolina, as provided by a recent Supreme Court ruling.

The law allowing religious accommodation for NC magistrates was created and passed by both the House and Senate of that state following a lawsuit filed by Liberty Counsel to protect the religious freedom of the state's magistrates last year. Liberty Counsel is an advocacy group in favor of religious freedom. The law, SB 2, states "Every magistrate has the right to recuse from performing all lawful marriages under this Chapter based upon any sincerely held religious objection." Both the U.S. Constitution and the North Carolina Constitution require accommodation of individuals' religious beliefs, regardless of their employment status.

North Carolina's governor, Pat McRory, a Republican, vetoed the bill, but the veto was overruled in the state's congress.

None of the plaintiffs in the current lawsuit to overturn SB 2, Ansley et al. V. Warren, were prevented from marrying or from being issued a marriage license. According to Judge Cogburn, this meant they lacked standing to challenge SB 2. The sole allegation of injury was that the fact some magistrates exist in the state who might turn the marriage duties over to another magistrate. According to the plaintiffs, this constituted discrimination. Judge Cogburn said the plaintiffs' objection to SB2's protection of religious beliefs was insufficient to establish any actual injury. 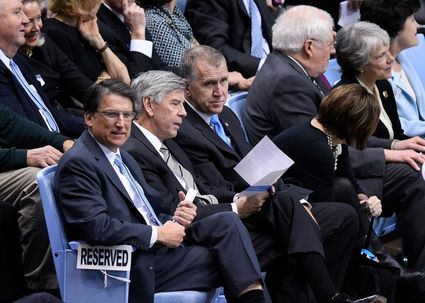 Judge Cogburn is an appointee of President Obama. In 2004, when running for the US Senate, Obama stated he was not in favor of gay marriage. "I have been very clear on this," Obama told a television reporter at the time. "I have said I am not a supporter of gay marriage." By May, 2012, when societal norms had shifted, Obama became a firm supporter of same-sex marriage.

"The North Carolina legislature passed a law to accommodate the religious convictions of the magistrates in order to avoid making them choose between following their conscience or facing punishment," said Mat Staver, Founder and Chairman of Liberty Counsel. "The magistrates should not be forced to violate their conscience, especially where there are reasonable options to accommodate their religious convictions."