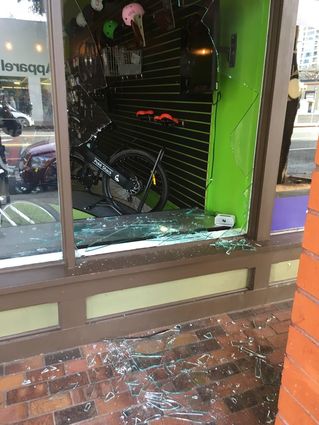 $3000 in bicycles were stolen from the ElectroBike store last night, on the 2600 block of Main Street, Santa Monica. A brick was apparently thrown through a window, sometime around 2 AM. The thieves made off with three bicycles worth approximately $1000 each.

Police would not say whether there was security video.

Some residents say that local crime has increased since the advent of the Metro Rail in May, 2016. Police Chief Jacqueline Seabrook says that crime here has increased only marginally, and in step with increases in crime throughout Los Angeles county. 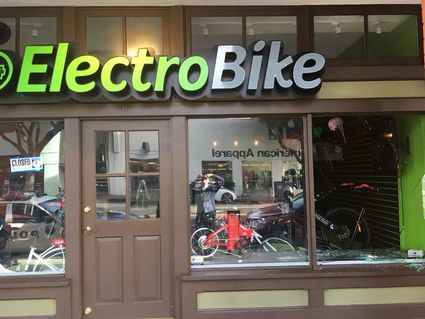 Maybe our $470,000 police Sargent can log even more overtime and not find the perpetrators. SM police are awful. Bike theft is rampant in SM. I had an expensive bike stolen and the police reluctantly filled out a report. I asked them why they didn't put an rfid tag in a bike and track it to the main crooks and they asked me to leave the police station. If there's no revenue in it, the SM cops shrug. And of course the new metro line brings more crime. Ask anyone in Atlanta near MARTA.