No damage or injuries, but 3 foot wave hits Suma, other parts of Japan 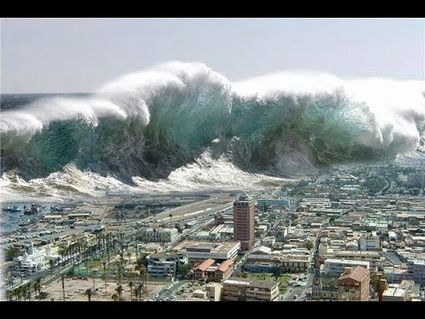 A tsunami of up to 1.4 meters (4.5 feet) had been observed around Sendai, about 70 km (45 miles) north of Fukushima, with smaller waves hitting ports elsewhere along the coast, public broadcaster NHK said.

Television footage showed ships moving out to sea from harbors as tsunami warning signals wailed, after warnings of waves of up to 3 meters (10 feet) were issued.

"We saw high waves but nothing that went over the tidal barriers," a man in the city of Iwaki told NTV television network.

The Pacific Tsunami Warning Center in Hawaii said the tsunami threat had now largely passed. "Sea level fluctuations may continue along some coasts of Japan over the next few hours," it said

The U.S. Geological Survey measured Tuesday's quake at magnitude 6.9, down from an initial 7.3.

All Japan's nuclear power plants on the coast threatened by the tsunami are shut down in the wake of the March 2011 disaster, which knocked out Tokyo Electric Power Co's Fukushima Daiichi nuclear plant, spilling radiation into the air and sea.

No other damage from the quake has been confirmed at any of its power plants, although there have been blackouts in some areas, the spokeswoman said.

Only two reactors are operating in Japan, both in the southwest. Even when in shutdown, nuclear plants need cooling systems operating to keep spent fuel cool.

Tohoku Electric Power Co said there was no damage to its Onagawa nuclear plant, while the Kyodo news agency reported there were no irregularities at the Tokai Daini nuclear plant in Ibaraki prefecture.

One woman suffered cuts to her head from falling dishes, Kyodo news agency reported, citing fire department officials. Japanese Minister for Disaster Management Jun Matsumoto told reporters about three hours after the quake that there had been no reports of significant injuries so far.

NHK showed footage of residents of Ishinomaki, a city badly hit in 2011, standing on a hill dressed in hats and heavy coats, staring down at the ocean. Several thousand people along the coast evacuated or were told to evacuate.

Nissan Motor Co said it would suspend work at its engine factory in Fukushima at least until the latest tsunami warning was lifted. A spokesman said there were no injuries or damage at the plant, which was badly damaged in the 2011 disaster.

Separately, Toyota Motor Corp said all its factories in northeastern Japan were operating as usual. 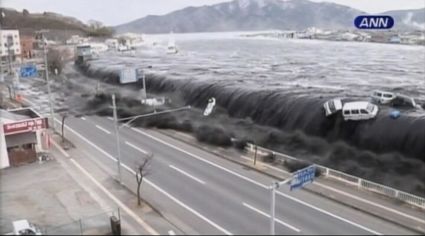 An Iwaki city fire department official said there was smoke or fire at Kureha's research center in a petrochemical complex in Iwaki city at 6:17 a.m. (2117 GMT Monday) but it was extinguished soon after. Other details were not clear, he said, but no other major damage had been reported in the city so far.

Japan's famous Shinkansen bullet trains were halted along one stretch of track and some other train lines were also stopped.

One hotel in Ofunato, also badly hit by the 2011 quake, initially told guests to stay in the facility but later bussed them to higher ground.

Japanese financial markets were little affected, with Nikkei futures recovering after a brief fall and the yen up a touch against the U.S. dollar, although still near a five-month low hit earlier in the session.