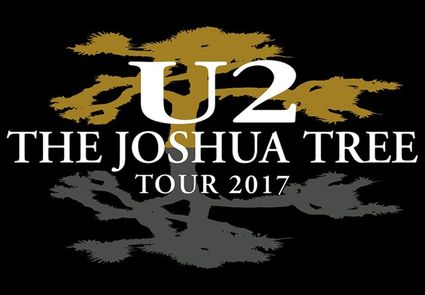 Live Nation today announced that U2 will return to select stadiums this year with U2: The Joshua Tree Tour 2017, in celebration of the 30th anniversary of the band's classic album.

Each show will include a performance of The Joshua Tree in its entirety, with support from one of a number of special guests including Mumford & Sons, OneRepublic and The Lumineers in North America and Noel Gallagher's High Flying Birds in Europe.

Released to universal acclaim on March 9th,1987 and featuring hit singles "With Or Without You","I Still Haven't Found What I'm Looking For" and "Where The Streets Have No Name", The Joshua Tree was U2's first #1 album in the U.S., topping the charts globally including the U.K. and Ireland, selling in excess of 25 million albums worldwide, and catapulting Bono, The Edge, Adam Clayton and Larry Mullen Jr "... from heroes to superstars" (Rolling Stone). Time Magazine put U2 on its cover in April 1987, proclaiming them "Rock's Hottest Ticket" in a defining year for the band that saw their arena dates roll into stadium shows to accommodate escalating demand - setting them on course to become one of the greatest live acts in the world today. The 12 months that followed saw the band create now-iconic moments: the traffic-stopping Grammy Award-winning music video on the roof of a Los Angeles liquor store, winning a BRIT Award and two Grammys - including Album of the Year - their first of 22 received to date, distinguishing U2 as the most awarded rock band in Grammy history.

"It seems like we have come full circle from when The Joshua Tree songs were originally written, with global upheaval, extreme right wing politics and some fundamental human rights at risk. To celebrate the album – as the songs seem so relevant and prescient of these times too - we decided to do these shows, it feels right for now. We're looking forward to it." – The Edge

"Recently I listened back to The Joshua Tree for the first time in nearly 30 years... it's quite an opera. A lot of emotions which feel strangely current, love, loss, broken dreams, seeking oblivion, polarisation... all the greats... I've sung some of these songs a lot... but never all of them. I'm up for it, if our audience is as excited as we are... it's gonna be a great night."- Bono

"We are off to play a few shows with U2! It's the 30th anniversary of The Joshua Tree - one of the greatest albums ever made, in our opinion, and something well worth a good celebration. It's a record that did so much for us all when we discovered it individually and if ever a record stands the test of time it's that one. So when the lads gave us a call to invite us to play a few gigs opening for them it was our great honour to accept. It's gonna be such a good few nights... " – Mumford & Sons

"I can remember covering the U2 song "One" in bars back in NYC 10 years ago, with Jer on drums. A lot has changed since then, but still - I NEVER thought we'd get the chance to open for such a legendary band, on such a legendary album - The Joshua Tree. Their songs are so timeless and transcendent, it's impossible to imagine a time when they didn't exist. That type of songwriting has always been the mountaintop for us - songs that can transcend generations." - Wesley Schultz, The Lumineers

"The Joshua Tree is the first album I ever heard from U2 because it came out when I had just started my love affair with music as a young kid... it's the album that made me want to write songs and start a band. Joining them for this tour will be the experience of a lifetime, leaving the bucket list fully checked." - Ryan Tedder, OneRepublic

"It will be both a pleasure and an honour to play my part in what still remains the greatest show on earth." – Noel Gallagher

Following the groundbreaking iNNOCENCE + eXPERIENCE Tour's arena shows in 2015, U2: The Joshua Tree Tour 2017 will see the band return to the stadium stage for the first time since 2009-2011's record-shattering U2 360° Tour, the most successful tour in history seen by over 7.3 million fans worldwide.

U2: The Joshua Tree Tour 2017 will kick off in Vancouver on 12th May for a run of dates across North America and Europe, and will include U2's first ever U.S. festival headline appearance at the Bonnaroo Music & Arts Festival this summer, as well as a hometown show in Dublin's Croke Park on 22nd July.

Tickets for the U2: The Joshua Tree Tour 2017 are on sale Monday, January 16th in Ireland, the UK and Europe and Tuesday, January 17th in the US and Canada. As usual, there is an exclusive priority presale for U2 Subscribers at U2.com from Wednesday, January 11th (9am) through Friday, January 13th (5pm) local times. Tickets will be general admission on the floor and reserved seating in the stands. There will be a 4 ticket limit for subscriber purchases and a 6 ticket limit commencing with public sales. In North America, all floor tickets will be paperless unless otherwise noted.

U2: The Joshua Tree Tour is produced by Live Nation Global Touring. UPS is the Official Logistics Provider of the tour. 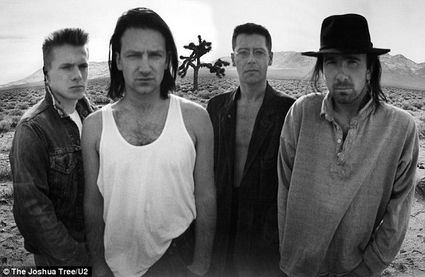