If "The Country is Overwhelmed with Fear," Then Maybe It's Time to Limit Presidential Power

With Progressive Democrats Out of Power, They Rediscover the Constitution 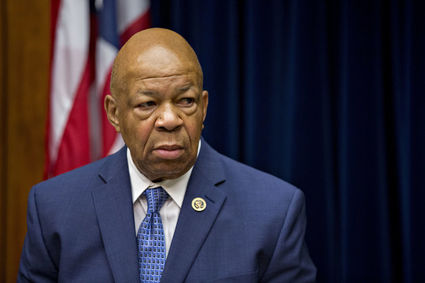 WELCOME TO OUR WORLD

Senator Diane Feinstein said, "The country is overwhelmed with fear". Well, if that were true, Senator, Trump wouldn't be President-elect, would he? But, I understand, I really do. We Conservatives know exactly how you feel. We were just as fearful when Obama was elected. But we didn't have the media, academia, Hollywood and politicians to sympathize with us. We were mocked for being fearful and told we were fearful because Obama is Black and we were racists. You spent the last eight years demonizing us, calling us racist, homophobic, Islamophobic bigots. You had us fired, sued and silenced. I don't want to do that to you.

Let me start by telling you why we were fearful. All my life America has fought against the evil of Communism and Marxism. Those ideologies are the antithesis of our founding, our Constitution and the Liberty they protected. Obama told us he chose his friends carefully and they included minority activists and Marxist professors. Frank Marshall Davis, a communist, was his mentor. His parents and grandparents were Marxists. Bill Ayers launched Obama's political career with a fundraiser in his home. Jeremiah "God Damn America" Wright was his minister. He said his grandmother, who raised him, was a "typical White woman". Obama said we couldn't drive SUV's, eat meat or use air conditioning and think the rest of the world would say it was OK. He told Joe the plumber redistribution of wealth was good. And he told us he was going to "fundamentally transform" America.

Our Constitution designed our government so it couldn't be "fundamentally transformed". It was designed to make drastic, fundamental change slow and difficult. Laws are to be made by Congress not the President's pen and phone. The Supreme Court is to UPHOLD the Constitution not rewrite it. The Senate is to ratify treaties, not the President. Judges are to uphold the law not legislate from the bench. The right to own a gun "shall not be infringed". The right to worship freely (in the public square, schools, sporting events, everywhere) "shall not be infringed". If you don't like those things the Constitution needs to be amended and 38 states have to ratify any changes. Changes can't and shouldn't come from one party or one man.

You say you are fearful of being silenced and the media being punished. We were silenced us and Obama did punish any media that was critical of him. Media Matters and other organizations funded by George Soros went after Conservative talk shows, Fox news and other outlets that didn't support the Liberal narrative. We saw some of the highest rated talk show hosts fired, something I had never seen in the 30 years I worked in television. Do you now fear that could happen to you? It won't, but it should give you pause.

Let me ask you, why didn't the Liberal media cover the Kermit Gosnell trial? Or the lies about Benghazi? We don't like being lied to or about. We know those who believe in traditional marriage aren't homophobic. We know those who don't want men in women's bathrooms, showers and locker rooms aren't bigots. We know wanting our border secured and to know if people coming in our country want to harm us or change our culture or take advantage of our generosity, doesn't mean we are anti-immigrant, Islamophobic or haters. We know there are rational, logical reasons to be concerned about the consequences of those actions.......and so do you.

When have American newspapers ever said they wouldn't publish letters that disagreed with their opinion? The claim that 97% of climate scientists agree man is causing Climate Change has been proven wrong and the media, Liberal pundits and academics know that, but continue to repeat the lie.

Many newspapers have said they won't publish letters or articles from climate skeptics. Many politicians want to make skepticism a crime. Is that not censorship? I always believed Liberals were as protective of free speech as we Conservatives were. But when have Liberals been shouted down or not allowed to speak on college campuses? Why does this not trouble you? Why didn't it trouble you that Conservative groups were targeted by the IRS? We were afraid our culture and loved traditions would be taken from us and many were. We feared America wouldn't survive Obama, but guess what? We survived. And you will survive Trump.

I watched Corey Booker break from 240 years of tradition and speak against a fellow Senator who, a year ago, he said was a privilege to work with. He said he didn't believe Senator Sessions would protect the rights of women, gays and transgenders. May I remind Senator Booker that the job of the Attorney General is to uphold our laws equally, not protect the "rights" of one group to the detriment of another. You support Muslims praying in schools, the streets, and at work while denying Christians the same liberty. Target has signs on checkout counters that say "if you have pork or alcohol go to a different line" to accommodate Muslims but Christians are not allowed the same accommodation. Do you not see the problem with this? Do you not understand our concern when laws are applied to some people and not others? Now that you've rediscovered the Constitution, can you show me where the Constitution allows that?

Please take a moment and consider that with all our fear, we confirmed all of Obama's appointees even though we knew they had no intention of upholding their oaths of office. We didn't assassinate their character or call them names.

Senator Sessions is not a racist. His record as Attorney General of Alabama proves that. The Justice Department is to uphold the law, not to defend the agenda of the President. You knew when Loretta Lynch and Bill Clinton met on a plane while his wife was under investigation was wrong.....but you said nothing. The media knew it was wrong and yet protected them. We don't like being lied to......and we don't like the media covering it up wrong doing. "You can keep your doctor and your plan", "Benghazi was due to a video", "I don't know anything about Fast and Furious", "The IRS did nothing wrong".

We warned you that you needed to be careful what you wished for because you weren't going to like it when the shoe was on the other foot. I think you thought Republicans would never be in power again and you were nearly right. You didn't care about the Constitution or Rule of Law as long as your guy was in power and doing what you wanted.

Now that your guy isn't in power you are rediscovering the Constitution, three separate branches of government, state sovereignty and free speech. So, let's talk about that....because if we don't, if you keep character assassinating good people, demonizing and marginalizing good people, and fear mongering, we will be just as divided by the end of this administration, if not more so.

No one should be this afraid of government. That's why our founders designed a LIMITED government and three EQUAL branches of government. No President should have so much power that we fear them. You were OK with Obama using a pen and a phone but now want to limit the power of the President. OK, LET'S DO IT! Maybe now you understand that government shouldn't be so big that it can overturn our culture and traditions every time there is a new administration. This is what made our country so stable......and why we have the oldest Constitution in the world.

Now that you understand the dangers of government overreach, maybe it's time for us to agree to limit the power of the President and size and scope of government.

Michael Greer is a Los Angeles based writer who has worked in the entertainment industry as a casting director for 30 years. She has cast more than a hundred feature films, Movies of the Week, pilots and television series. Michael was a co-founder of the LA-Santa Monica Tea Party. In June, 2010 she was mentioned in TIME magazine for her Tea Party activism. She was also interviewed for an article in Malibu Magazine about "Right Activists on the Left Coast. 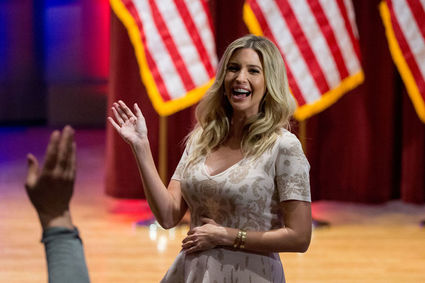 sourcewatch.org tells us that although the American Freedom Alliance claims to be a non-political, non partisan movement, they are consistently anti-climate science, anti-evolution and Islamophobic in their outlook.

Frank Marshall Davis, a communist, was his mentor?? Sorry, but you seem to have swallowed Tea Party Kool-Aid! Obama's Communist Mentor propaganda has been debunked with THREE Pinocchio's by the WaPo Fact Checker at http://www.washingtonpost.com/blogs/fact-checker/wp/2015/03/23/frank-marshall-davis-obamas-communist-mentor/ . This is the same Washington Post that awarded Obama FOUR Pinocchios for another claim, and which hosts conservative columnists George Will, Charles Krauthammer, Michael Gerson, and Jennifer Rubin, which clearly illustrates that they are NOT in Obama's pocket!