Purple Line Between Wilshire/La Cienega and Century City Gets Funded

The first phase of the extension is under construction and will run for 3.9 miles 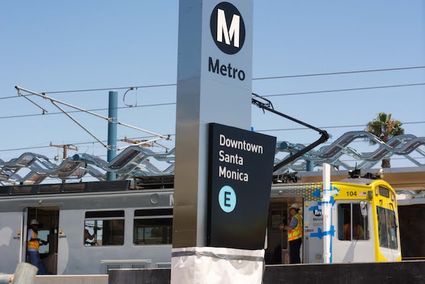 Metro will receive nearly $1.6 billion in Federal grants and loans to build the Purple Line Extension to Beverly Hills and Century City.

The U.S. Department of Transportation is committing nearly $1.6 billion in new funding to the project. Most of it is grant money and $307 million in loans.

"This section, which any Los Angeleno can tell you, is one of the most congested areas of Los Angeles, will be better prepared to handle more people and operate more efficiently," said U.S. Transportation Secretary Anthony Foxx.

This new funding along with funds coming from locally voter-approved measures means that phase two will begin in 2018.

"This is your money. You pay in federal taxes and you pay in local taxes, and your money in two different ways is coming back to you to build things to address the biggest problem you probably face, which is being stuck in traffic," said Mayor Eric Garcetti.

Metro said the construction of the Purple Line Extension will support over 25,000 jobs. 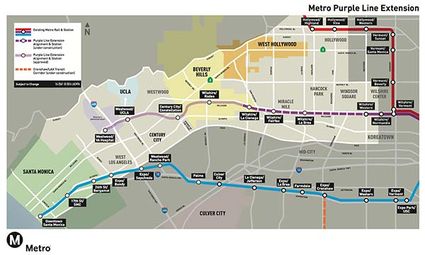 The first phase of the extension is under construction and will run for 3.9 miles between the Wilshire/Western and Wilshire/La Cienega stations. The stretch will have two other stations in between -- Wilshire/La Brea and Wilshire/Fairfax.

The second phase will run 2.6 miles between the Wilshire/La Cienega station and Century City. The new stretch will include two new stations - Wilshire/Rodeo in Beverly Hills and at the corner of Avenue of the Stars and Constellation Boulevard in Century City.

The third phase, which is still in the planning stages, would extend the line to the Westwood/VA Hospital. Construction for this section is slated to begin in 2019, Metro said.

The second phase is expected to be completed by 2026, thanks to some federal grant and loan money, announced on Wednesday.