The Johnson Amendment and a Looming Threat of Christian Sharia Law

VP Pence wants a theocracy. Is Trump on board? 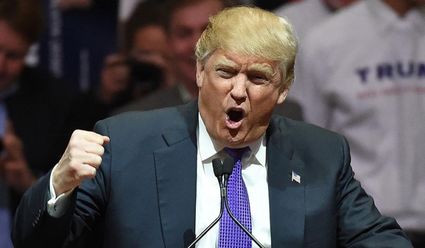 Donald Trump has decided that he wants to "get rid of and totally destroy the Johnson Amendment."

What does that mean for America?

The Johnson Amendment, passed in 1954, is a tax code provision that prevents 501(c)(3) nonprofit organizations from conducting political campaign activities to intervene in elections to public office.

There are several reasons to block political activities for these groups, which include religious organizations and nonprofit charities:

1. They don't pay taxes, so they shouldn't be involved in determining how taxpayer money is spent.

2. Donors to these organizations are allowed to write off the donation on their own taxes.

3. The category of 501(c)(3) was specifically created for organizations that are involved in charitable, spiritual, child or animal welfare, or educational activities, etc. They are given special tax accommodation because their energy and services are directed at improving the lives of others.

4. If these groups could collect for political activities, it would allow a back-door way for donors to support candidates beyond any legal donation limit, and it would violate the whole purpose of the 501(c)(3) category.

There are other tax code organizations related to political fundraising; they are taxed, and they are not charitable write-offs for donors.

If you are wondering why Trump is suddenly attacking a tax code category that has been intact without question for more than 60 years, then look no further than his vice president.

Donald Trump could not have won the electoral vote without the support of the radical religious right, and his own background is both sordid and nonreligious. He had to give the radicals something, and what he gave them was the Vice Presidency.

Mike Pence has spent his adult political life trying to create a theocracy, and he is the golden child of the most extremist of "Christian" leaders. Sadly, these are people who deal more in hate than in love, and more in power than in charity.

They desperately want their charitable organizations to become back-door players in the power world of politics.

With a thoughtless President who will do anything for attention or flattery, it wasn't difficult to get a pledge to gut this tax category of its original purpose, and make way for a sneaky, shadow theocracy.

Mike Pence, already radicalized for Christian Sharia, is all to happy to be a contact between the shadows and the oval office. His record as governor indicates that he is completely willing to undermine the core values of a free country in order to impose theocratic control. His career has been built on hateful exclusion, not intelligent inclusion. (At the end of this article, there is a list with some Pence's more outrageous acts.)

Meanwhile for average Americans, this is just another thing to protest in the chaos that is Trump's presidency.

If an organization wants to campaign and collect money for a political cause or candidate, they need to register as a political organization, pay proper taxes, and not be a tax write-off for their donors.

This seems obvious to most Americans, and it is unfortunate that the radicals are trying to turn yet another solid, working policy upside down in an attempt to disrupt Democracy.

Just remember, U.S. Citizen: you are not alone. The majority of Americans are still sane and centered. We believe in individual freedoms, a clean environment, human rights, and a firm separation of church and state.

A political collective that represents a minority of Americans has used quasi-legal methods to maneuver itself into controlling all three branches of government, but they do only represent a minority.

The rest of us just need to keep taking it to the streets ....

Here are some things that everyone should know about Mike Pence:

- Science and invention helped build America, but Mike Pence is anti-science. He chooses not to accept the preponderance of evidence that supports anthropomorphic climate change, and he thinks schools should be required to teach Christian "creationism" mythology alongside evolution in science classrooms.

- Mike Pence is anti-environment. As governor, he vetoed every piece of environmental regulation that has crossed his desk. He doesn't want the EPA to regulate greenhouse gases, and he does want to open up pretty much every part of our country to oil and coal companies.

- He obsessively pursues a personal vendetta to take Title X funding away from Planned Parenthood because Planned Parenthood provides abortion services. Title X money CANNOT be used for abortions. Abortions are paid for by the recipient or through private, tagged donations. Taking away Title X would not impact abortion services, but it would leave thousands of women without access to cancer screenings or birth control.

- Speaking of birth control, Mike Pence revealed his historical ignorance in saying that condoms are "modern" and "liberal." He apparently thinks all women should be pregnant unless they can't afford a baby, in which case they should abstain from sex, even if they are married. That's right: sex is only for procreation in PenceWorld: If you can't afford the diapers, then hubby should be sleeping on the couch.

- Mike Pence is anti-gay, to the point of denial. He doesn't want the government to pay for cancer screenings, but he does want the government to pay for abusive "conversion therapy" programs that systematically undermine the victim's self-esteem, and then indoctrinate them into robotic gender-appropriate behaviors. He signed into IN law a bill that allows discrimination against LGTBQ customers based on religious belief.

- Mike Pence is pro-birth, but not pro-life. He once funneled $3.5M dollars from Temporary Assistance to Needy Families into programs that counsel against abortion. He wants those women to have those babies, but he doesn't care if the kids starve on the streets afterward.

Pence is basically against anyone who is not white, conservative, Christian, and male. 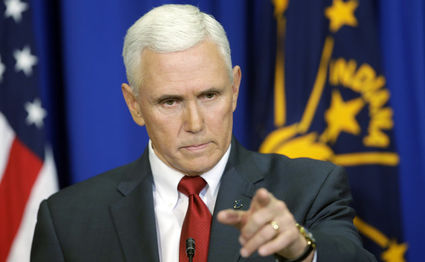 The twisted and situation-specific morality of Evangelism sometimes seems to be no morality at all.