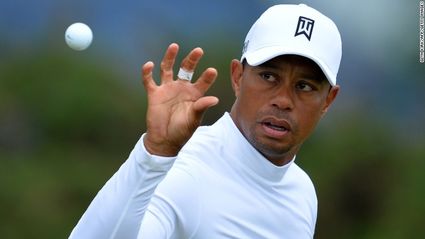 Tiger Woods’ much-anticipated return to the Riviera Country Club for the Genesis Open took a disappointing turn Friday, as the former top-ranked player announced his withdrawal from the event due to back problems. Woods will attend in the role of tournament host, but will not play.

Woods missed the majority of the last year for similar reasons and has played only sporadically on the tour since 2014. He has had three surgeries on his back since that time, and has repeatedly attempted to resume a tour schedule without lasting success.

The Genesis Open at Riviera was to be Tiger’s third event in four weeks, a fairly intense schedule for a golfer who rarely played so frequently even in his heyday. Asked at the event’s press conference about the possibility that his schedule was overly ambitious given his physical struggles, Tiger took a wait and see attitude.

“Yes, that is a concern, there’s no doubt about it,” Tiger answered. “I feel like I can handle that workload, but I’ve still got to go out there and do it and still got to experience it. That’s obviously a lot of golf for being on the sideline that long.”

“Feeling good about it and doing it are two totally different things.”

Tiger withdrew from the Dubai Desert Classic last week due to what he described as back spasms, but did not rule out fulfilling his plans to play at the Genesis and the following week. Friday he formally announced his withdrawal from the event on his website and on Twitter.

"My doctors have advised me not to play the next two weeks, to continue my treatment and to let my back calm down," his statement reported. "This is not what I was hoping for or expecting. I am extremely disappointed to miss the Genesis Open.” Tiger also withdrew from the Honda Open, set for the following week in Tiger’s new hometown in Florida. 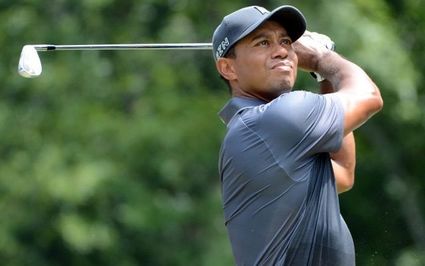 ESPN analyst Michael Collins reported that a number of PGA players, including Steve Stricker and Pat Perez, have felt that Tiger’s return was premature. “All the guys that are watching him play on Tour, know that something isn't right with Tiger Woods,” said Collins. Tiger’s withdrawal from the two events and indefinite suspension of his playing schedule “is something that most guys in golf were looking at and going 'Yeah, we saw this coming.'"

Even with Tiger’s withdrawal, the event still has a star-filled field, including current world No. 1 Jason Day, current U.S. Open champion Dustin Johnson and defending champion Bubba Watson. Other fan favorites at the Genesis Open include Phil Mickelson, Sergio Garcia, Adam Scott, and Jim Furyk. The tournament runs from Thursday, February 16 to Sunday, February 19th. Free shuttle service to the event is available to Santa Monica residents from the Wilshire end of the Third Street Promenade.