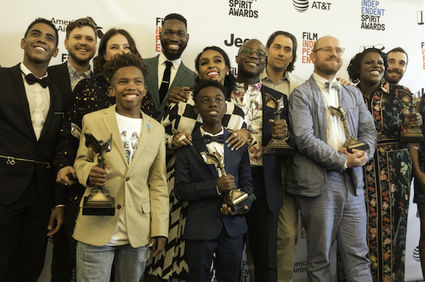 The ensemble cast of "Moonlight" after winning Best Feature and the Robert Altman Award for Best Ensemble Cast at the Spirit Awards.

Now in its thirty-second year, Film Independent seeks to recognize the highest achievements of filmmakers and actors who create films that embody creativity, originality, diversity, and innovation.

The heartbreaking drama, "Manchester by the Sea", was awarded Best Male Lead for the outstanding performance of actor Casey Affleck. The film follows Affleck, a brooding, irritable loner, as he is forced to move back to Manchester and face the demons of his past when his brother dies and names him guardian of his sixteen-year-old nephew. Affleck also won Best Actor at the Academy Awards for this movie.

The dark French comedy, "Elle", was awarded Best Female Lead for the bold performance of actress Isabelle Huppert. "Elle" depicts a twisted cat-and-mouse game between a rape victim and her rapist, with each struggling for control. Huppert also won the Golden Globe for this performance.

Comedian Molly Shannon, most famous for her work as a cast member on Saturday Night Live in the 1990s, won the Spirit Award for Best Supporting Female for her dramatic performance in "Other People". "Other People" is a dramedy about a gay man moving back to live with his parents so that he can take care of his mother (Shannon), who is succumbing to terminal cancer. This film marks Shannon's first award as a dramatic actress, and she was ecstatic, to say the least!

Ben Foster won the Spirit Award for Best Supporting Male for his role in "Hell or High Water", an updated version of an old-time Western involving bank-robbers and the Texas Rangers dead set on capturing them. Foster has previously won SAG awards for his performances as part of the ensemble cast of seven different television series, including "The West Wing", "Mad Men", and "The Sopranos", but this is his first award as a solo actor. 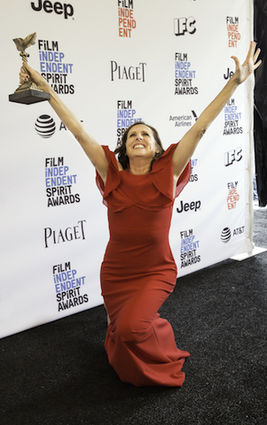 Actress Molly Shannon doing her signature "Superstar" pose after she won Best Supporting Female for her performance in "Other People".

The Spirit Awards for "Best First Feature" and "Best First Screenplay" went to "The Witch", a critically-acclaimed horror/thriller set in 1630s New England. The film details how a religious, Christian family of seven are preyed upon by an unknown evil lurking in the nearby woods.

The John Cassavetes Award for Best Feature made for under $500,000 went to "Spa Night", written and directed by Andrew Ahn. The film follows a closeted Korean-American teenager who has a forbidden sexual awakening at a spa in Koreatown.

Hosting the Spirit Awards this year were Nick Kroll and John Mulaney, who created the comedy act, "Oh, Hello", on Broadway. The house band was led by modern blues superstar, Gary Clark, Jr. 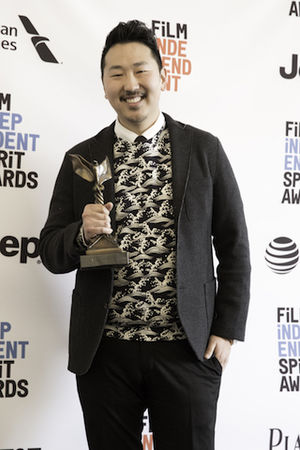 Writer and Director Andrew Ahn after he won the John Cassavetes Award for Best Feature made for under $500,000 for his film "Spa Night".

SPIRIT6 - Photo of Writer and Director Andrew Ahn after he won the John Cassavetes Award for Best Feature made for under $500,000 for his film "Spa Night". Photo by Daniel Margolis. 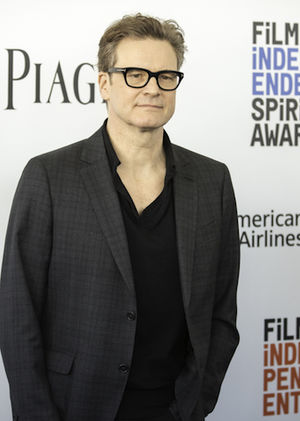