Fears of underfunding and suffering for the most vulnerable 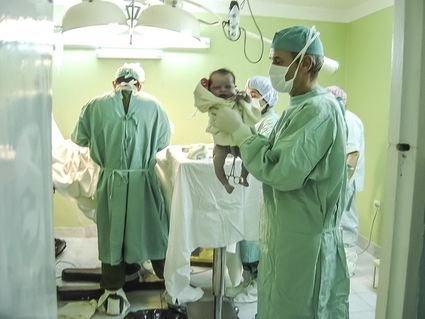 The American Hospital Association is not too happy with the GOP's proposed replacement for the Affordable Care Act (ACA, Obamacare).

The American Health Care Act (AHCA) was first presented to the public this week, and almost immediately received bad reviews from both the left and the far right.

One problem is that AHCA lacks real dollars and cents budget information.

Without coverage estimates in place from the Congressional Budget Office, hospitals can't estimate how much they will be shorted when they care for the poor. The proposal replaces income-based subsidies with age-based tax credits. Those credits offer better benefits to upper income brackets, but could leave a significant number of Americans unable to afford insurance at all. Reductions in Medicaid coverage would also burden hospitals with additional costs that would have to be remedied by increased prices or private donations.

The bill cuts out a number of taxes that help to fund the ACA.

These cuts would benefit the wealthiest Americans so much that some have dubbed the new program "Millionairecare."

Congressional vagueness on financials of AHCA seems to be intentionally designed to keep the American people in the dark.

It is certain that premiums will raise significantly for the middle- and working-classes, as they will be carrying a much larger share of the insurance pool burden.

Here is the full text of the letter sent to the House of Representatives from the American Hospital Association:

On behalf of our nearly 5,000 member hospitals, health systems and other health care organizations, and our clinician partners -including more than 270,000 affiliated physicians,

2 million nurses and other caregivers -and the 43,000 health care leaders who belong to our professional membership groups, the American Hospital Association(AHA)is writing to express our views on The American Health Care Act, legislation to repeal and replace the Affordable Care Act(ACA).

As lawmakers work to re-examine this law, patients and the caregivers who serve them across America are depending on Congress to make continued coverage a priority. We believe that any changes to the ACA must be guided by ensuring that we continue to provide healthcare coverage for the tens of millions of Americans who have benefitted from the law. We are pleased that so many in Congress also recognize the need to preserve patient coverage.

W e believe the legislation needs to be reviewed through this lens, and carefully evaluated regarding its impact on both individuals and the ability of hospitals and health systems which are the backbone of the nation's healthcare safety net in terms of our ability to care for all of those who walk through our doors.

Any ability to evaluate The American Health Care Act, however, is severely hampered by the lack of coverage estimates by the Congressional Budget Office (CBO). Lacking that level of analysis and needed transparency, we urge that Congress should wait until an estimate is available before proceeding with formal consideration.

In addition to the lack of a CBO score, we have some additional policy concerns with the proposal.

For example, it appears that the effort to restructure the Medicaid program will have the effect of making significant reductions in a program that provides services to our most vulnerable populations, and already pays providers significantly less than the cost of providing care.

Providing flexibility to the states to expand coverage, and create innovative financing and delivery models to improve care and program sustainability, can be achieved through other alternatives. For instance, the expanded use of waivers - with appropriate safeguards – can be very effective in allowing state flexibility to foster creative approaches and can improve the program more effectively than through imposing per-capita caps.

In addition, the legislation repeals much of the funding currently dedicated to provide coverage in the future. Furthermore, we object to eliminating the funding from some sources, but leaving in reductions to payments for hospitals services. If coverage is not maintained at the current level, those resources need to be returned to hospitals and health systems in order to provide services to what will likely be an increased number of uninsured Americans.

At the same time, while we commend the recent actions by the Congress to address behavioral health issues, as well as the drug epidemic that is impacting virtually every community we serve, it is important to recognize that significant progress in these areas is directly related to whether individuals have coverage. And, we have already seen clear evidence of how expanded coverage is helping to address these high-priority needs.

Healthcare coverage is vitally important to working Americans and their families. They rely on hospitals and health systems to provide them with access for their essential health care needs in a manner that is of the highest quality, not to mention the full range of critical life-saving services, including preventive benefits, that will further improve the quality of their lives and the health of the communities in which they live. 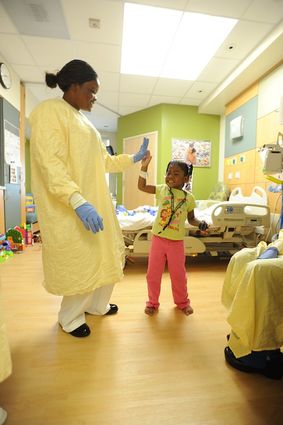 We recognize this measure represents the first step in a process. It is critical that this process be thoughtful and focused on finding ways to improve our health care system, particularly for the poor, elderly and disabled.

We ask Congress to protect our patients, and find ways to maintain coverage for as many Americans as possible. We look forward to continuing to work with the Congress and the Administration on ACA reform, but we cannot support The American Health Care Actin its current form.