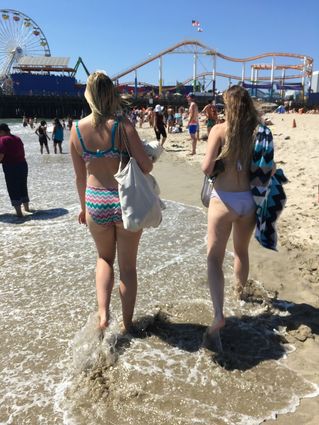 Docents will operate out of the new Pier Shop and will provide information on site as well as take visitors on walking historical tours.

Santa Monica, CA – Imagine how cool it would be walk along the historic Santa Monica Pier with someone who can tell you what happened where, who made it happen and what made the Pier so fascinating in the first place? Wouldn't it be even cooler to be that "someone" who's sharing the stories?

The Santa Monica Pier Corporation is currently seeking volunteer docents to guide visitors through the rich history of the century-old Pier. Docents will be trained to share fascinating stories about the apartments above the Merry Go-Round, about celebrities such as Marilyn Monroe and Charlie Chaplin and about a certain fishing boat captain who became immortalized as a world-famous cartoon character.

Docents will operate out of the new Pier Shop and will provide information on site as well as take visitors on walking historical tours. Those interested in being docents need not be experts – yet. Training sessions will be held in mid-May.

Docents will be required to work on their feet as well as to walk the length of the Pier two to three times per day. Docent shifts will be late morning/early afternoons on Saturdays and Sundays; expected participation is one-to-two days per month.

The Santa Monica Pier is a large double-jointed pier at the foot of Colorado Avenue in Santa Monica, California. With an iconic entrance, the pier is popular with residents and visitors as a landmark that is over 100 years old. 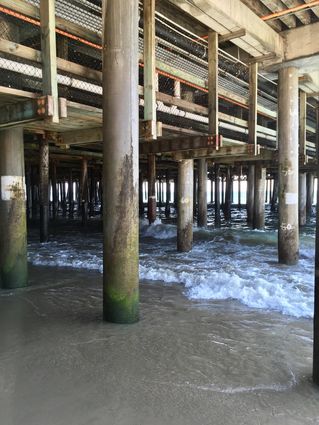 Those interested in being docents need not be experts – yet. Training sessions will be held in mid-May.

The pier contains Pacific Park, a family amusement park with its one-of-a-kind, state-of-the-art, solar paneled Ferris wheel. (This should not be confused with Pacific Ocean Park, a former amusement park a few miles south of Santa Monica Pier, which operated from 1958 to 1967 and is now demolished.)

It also has an original carousel hippodrome from the 1920s, the Santa Monica Pier Aquarium operated by Heal the Bay, shops, entertainers, a video arcade, a trapeze school, pubs, and restaurants. The pier's west end is a popular location for anglers. The pier is also very popular for Pokémon Go.

During the summer months the pier is venue to weekly outdoor concerts, movies, and other family friendly activities, many that are free to the public.